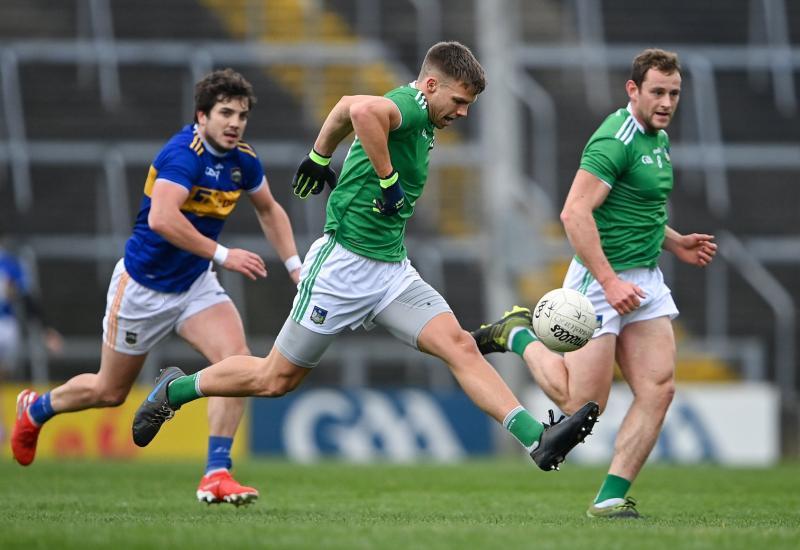 But Billy Lee’s side have to got to FBS Semple Stadium in Thurles to play Tipperary in the semi final this May 14 at 7pm.

While Limerick scored a dramatic penalty shootout win over Clare in the quarter final, the men in green are now trying to enwure the county win back-to-back games in the Munster SFC for the first time since 2009.

It’s the fourth year in a row that Limerick have won a quarter final tie but they have failed in the last three semi finals with the last provincial final appearance in 2010.

Victory on Saturday over Tipperary would advance Limerick into the Saturday May 28 final against Kerry in Killarney at 3pm. Defeat in Thurles would send Limerick into the All-Ireland SFC Qualifiers with a round one fixture on June 4/5.

While Limerick defeated Tipperary in a breakthrough victory in Thurles in 2019, the last meeting of the counties was the 2020 semi final when the side in blue and gold edged into the final after a thrilling extra time clash on a 1-15 to 2-11 scoreline, embellished by the Conor Sweeney free from the sideline which forced extra time.

So promotion for both this Spring but now a Munster final spot is the target in a game that won’t be available to watch on television or via streaming. Tickets are on sale online and in Centra and SuperValu outlets.