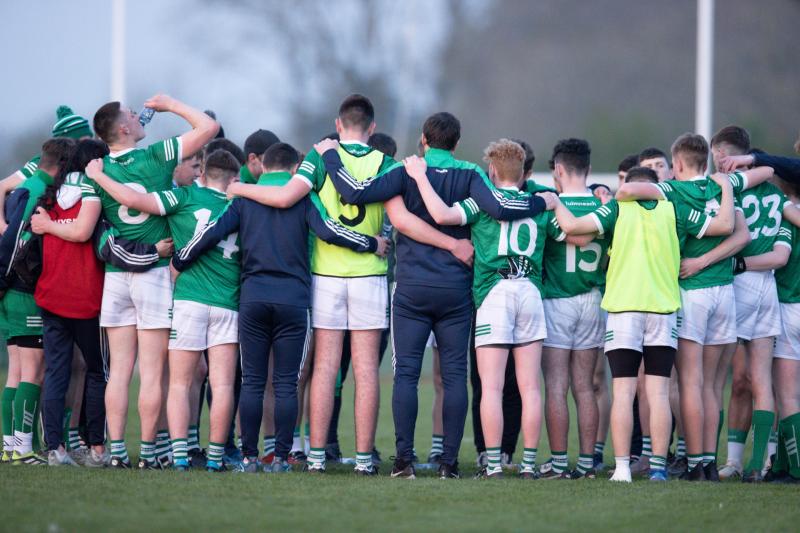 THERE is silverware on offer for the Limerick minor footballers this Thursday evening.

The John Keane managed county U17 footballers play Tipperary in the Phase One final in the Munster MFC in Mallow this May 5 at 7pm.

The prize for the winner is the Daryl Darcy Cup and passage into the Munster Championship semi final on May 19 against the losing side from a May 12 Cork and Kerry tie.

“The key goal was to get to the round robin final and we’ve achieved that,” said Limerick manager John Keane.

Limerick lost to Tipperary in round one of the group phase before regrouping to beat Clare and Waterford.

When Limerick and Tipperary met on April 14, the home side in Thurles were 1-15 to 1-8 winners. The game was level, 1-7 to 0-10 entering the final quarter but the side in blue and gold outscored Limerick 1-5 to 0-1 from there to the end.

“Certainly we were disappointed but the outcome of the first game against Tipp - we were in that game for long stages and we are aiming to be in it for much longer the next day. We are looking forward to it now. We are going to be up against a very talented Tipp side but there is a lot more in our side so we are going to go into that game and bring everything we can,” said Keane, who has coach-selectors in Seanie Buckley, Darren Horan, Gerry Butler and Mark Foley.

“The round robin is super in the way that everybody gets competitive games and game-on-game all sides improve and all boats rise. It’s very successful from that point of view and now we are really looking forward to getting another crack at Tipp,” he said.

“We can go in very confident into the final against Tipp. The guys have come on both last week (Clare) and this week particularly in the first half in Waterford. We have lost to work on - we had lots of scoring opportunities that we didn’t convert. Tipperary are a really talented side, really good but we are really going to go and bring it to them,” said Keane, referencing the win over Waterford and a wides tally of 10 as well as missed goal opportunities.