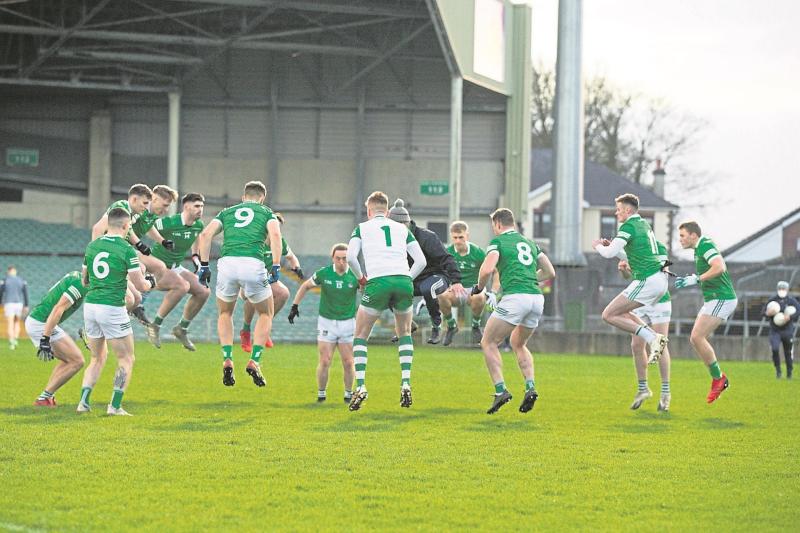 LIMERICK and Clare meet in the Munster Senior Football Championship for the 43rd time this Saturday evening.

The Shannonside rivals meet in Cusack Park in Ennis this April 30 at 6pm in a provincial quarter final tie.

The winner reaches a May 14 semi final with Tipperary or Waterford, while the losing side takes up one of eight places on June 4/5 in the opening round of the All-Ireland SFC Qualifiers, where Mayo and Armagh are already in situ.

Billy Lee’s Limerick look to continue their recent progress and victory over Clare would see the men in green win a Munster SFC tie for the fourth successive season for the first time in 30 years – trying to get closer to the winning run from 1987-91 when Lee himself was a player on the inter-county panel.

But Clare have won the last five championship meetings of the sides – most recently in four successive years; 2015-18. But Limerick are looking for a return of their dominance when winning all SFC encounters from 1988 to 2009.

Overall, this provincial quarter final match will be the 43rd Munster SFC meeting of Limerick and Clare with Limerick returning 10 wins, compared to 27 for Clare and there have been five draws.

While Limerick earned promotion into Division Two of the Allianz League this Spring, Clare are now six seasons in the second tier under manager Colm Collins.

Limerick’s league campaign returned five wins from eight outings and while it ended in a Croke Park final defeat to Louth, there was much to admire about the men in green as they secured promotion into the top 16 teams in the country.

The trio of Sean O’Dea, Darragh Treacy and Peter Nash have started all four Munster SFC games between Limerick and Clare 2015-19 and look set to start once again.