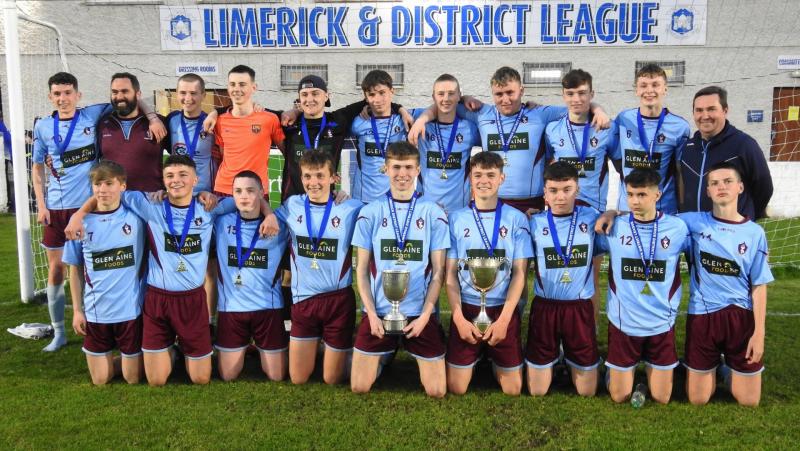 Herbertstown winners of the U17 Division Two Carroll Cup

HERBERTSTOWN added the U17 Division Two Carroll Cup to the trophy cabinet when they defeated a hard-working Pallas combination 2-0 at Jackman Park on Wednesday evening.

Two first half goals from Evan McCarthy and Hugh Murnane did the damage and while the Pallas side tried valiantly, the winners always seemed to have the upper hand.

Pallas goalkeeper Shane Pierce was brilliant on the night saving a host of goal bound shots to keep his side in touch but at the other end they couldn’t get in behind a dogged defence.

Pallasgreen responded well and but for the intervention of the excellent Cathal Kearns would have been back on level terms.

The lead was doubled before the break. Some great work by the speedy Bailey Ryan created the opening for captain Hugh Murnane to fire past the advancing Pierce to make it 2-0.

After the restart, Pallas tried to up the tempo but were well matched by the winners. 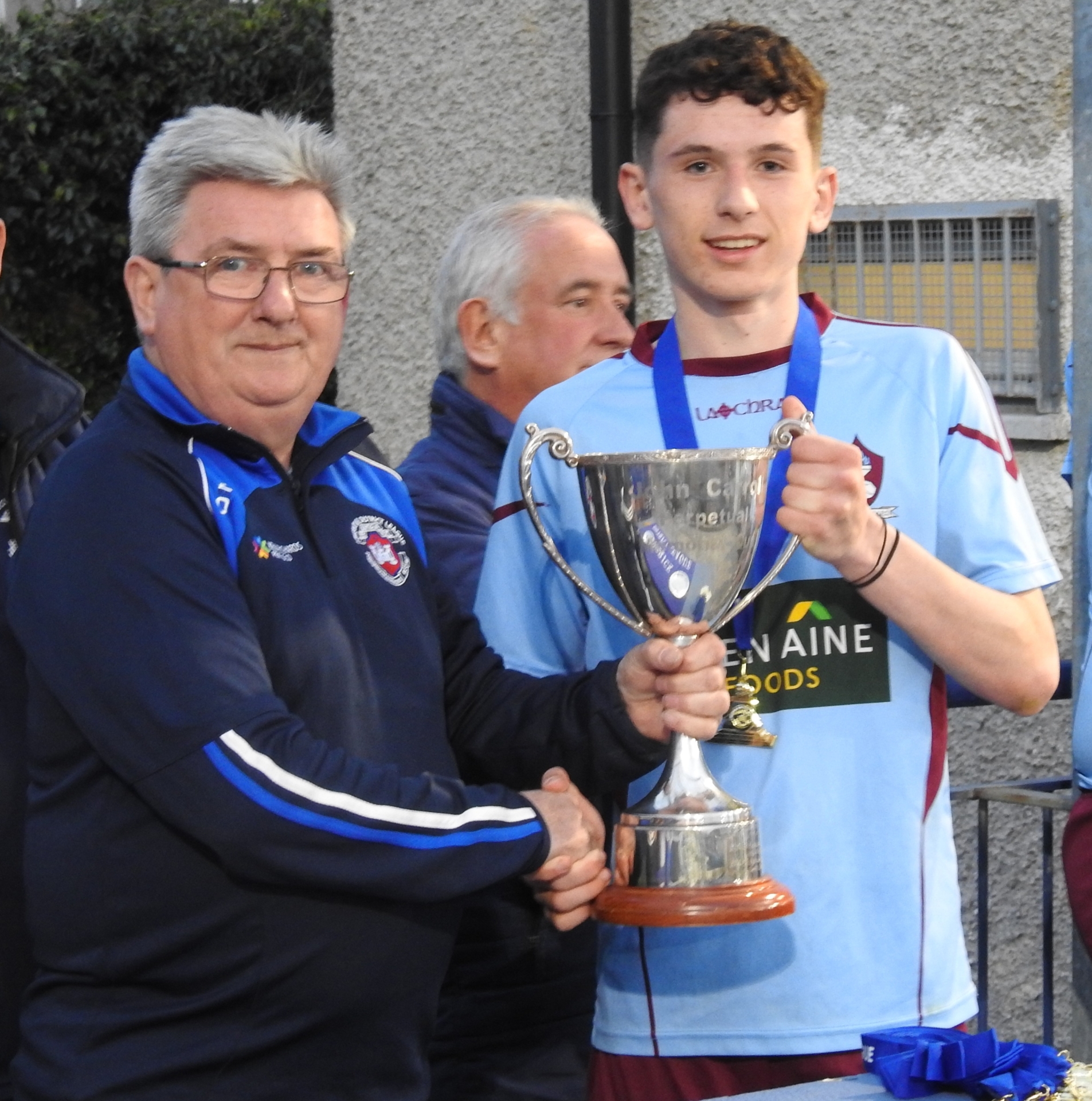 Darragh Ryan Gammell made some crucial interceptions to keep ‘Town at bay.

Pierce played out a personal battle with Bailey Ryan, denying the Herbertstown midfielder at least five times with some stunning saves but it all proved futile as ‘Town held on for a deserved victory.