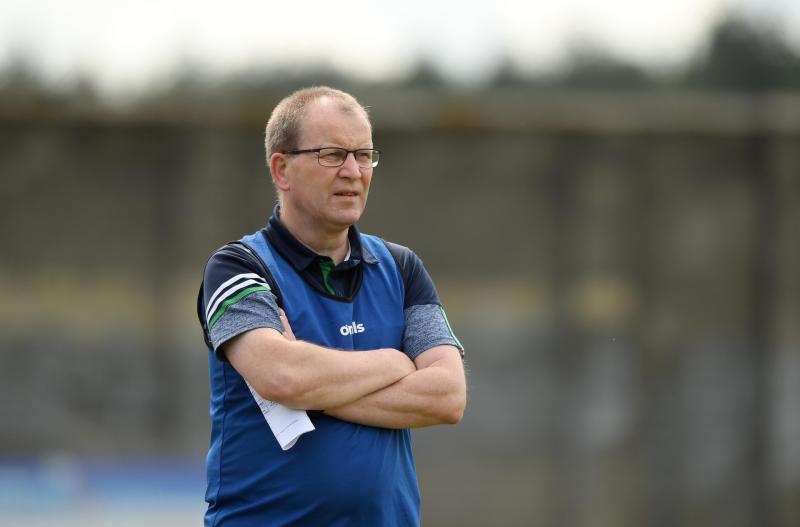 BILLY LEE has pinpointed the "great aptitude for learning" within the Limerick senior football panel as a key ingredient in the continuing progress of his side.

Limerick are in Munster Senior Football Championship action this Saturday (6pm) evening when they play Clare in Cusack Park in Ennis.

The April 30 tie is a provincial quarter final with Tipperary or Waterford awaiting in the last four.

Limerick didn't win a game in the Munster SFC for six seasons but have now tasted success in at least one game in each of the last three years. On top of that are two promotions in the Allianz League.

"It’s about them wanting to learn and improve," said Lee in praise of his players.

"These players have a great aptitude for learning and for developing themselves and learning from defeats - we are always working on and identifying areas where we can improve and obviously that’s down to the willingness of the players to take on board messages and willingness to knuckle down. Managers can talk all they want but if the players aren’t listening, well it’s only hot air!" outlined the Limerick manager ahead of his sixth championship campaign at the helm.

He explained: "We try to focus on ourselves pretty much – you need to be aware of the opposition strengths and weaknesses but you can spend too much time on the opposition and forget it’s about ourselves and challenging ourselves to find improvements".

"We have been fortunate enough to win championship matches in recent years and would love to make it four years in a row. We have beaten Tipperary and Waterford and to add another county would see us broaden our development," he outlined.

But Lee is also aware that the challenge of maintain progress adds another pressure.

"We are happy with that (progress) but of course there will be a point where that grinds to a halt and then it will be about how we deal with that and not get too despondent and just continue to work," he stressed.

What of the Clare game?

"We are looking to get a performance for ourselves and where that lands us after 75-off minutes we will see," said Lee.

"We will go there and try and play positive football and see where it lands us. Clare are a solid Division Two league side now - a fierce hard-working team, a fierce honest team."

But Limerick go to Ennis full of confidence after a league that returned five wins from eight outings - securing promotion into the top 16 teams of the league and reaching a Croke Park league final, where Louth prevailed.

"We needed to give it a break to distinguish between two different competitions. Fellas were a bit tired too and obviously we were after a loss and we just felt fellas needed to step away from it for a short while and live a short bit of a normal life. That was important for us," said Lee of a short break after the Division Three league campaign.

"We’ve trained well since had a couple of challenge games - three weeks is a good spell and I would be happy enough with how it has gone."