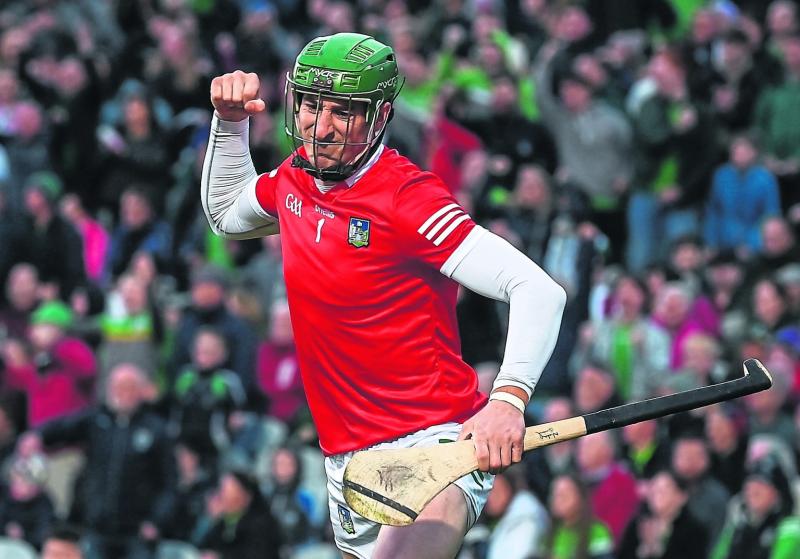 LAST Saturday evening was my first time in 12 years walking down the Ennis Road as a supporter to a Munster championship game in front of 30,000 people and not be playing or working at it.

It was great to be able to soak up the atmosphere, meet a few people for a chat and look forward to relaxing and watching the game. When we were walking back down the Ennis Road after the game, the sun was setting and all you could see in the distance were bodies.

It was class to see, and very much like the old times. On top of that, the Waterford supporters are genuine people and stone mad about their hurling.

They are really feeling the hurt of not having an All-Ireland since 1959.

We know exactly what is like as we were waiting since '73 and their time will come, and I hope it does come, but not for another number of years.

Not until this limerick team maximise everything they possibly can and there is a good bit left in them if Saturday night is anything to go by.

It was a game that I was looking forward to for quite a while now, and by God it didn’t disappoint. From very early on, the physicality was just off the charts.

The hitting, and I mean the body challenges would most certainly not have been out of place half a mile up the road, in Thomond Park. It was a great watch.

I met TJ Ryan at half time and he was spot on, 'it may not be a hurling classic, but it is some game to watch looking at the intensity of it’.

You didn’t get a second on the ball and you were getting hit from all sides.

Waterford started the stronger with the big wind, and went 4-0 up. Then, when Ciano went off and William O'Donoghue overhit a pass that went over the sideline, for a minute I thought this is all going against us.

But Limerick finally got into their flow and when they did, they were at their brilliant best. Probably an unpopular opinion here, but I thought Sean Stack, the referee, did quite well.

I mean, what a tough, tough game to try referee. Yes, at times, I thought he was harsh on Hego, and gave a couple of frees that were questionable, but I thought we also got some.

And every game you watch there will always be dubious calls. But overall, considering the hitting, the intensity, and how big the game was for both teams, I'd give him the benefit of the doubt.

We all hate ref’s blowing for throw balls, but if they are throws he has to blow. And at times we get frustrated and then when a marginal call goes against us, we can start giving out. It's hard not to!

I thought Waterford did most of the hurling in the first half, but when you looked at the scoreboard that told me everything.
Gillane was on fire inside, and after the first two balls, everything that went in to him we got return from.

The crucial part of the game was midway through the second half. The game was tit-for-tat, with both teams ebbing and flowing, and then Limerick just took off.

In the blink of an eye, we went 7 points up. David Reidy, Pat Ryan and Cathal O'Neill making big impacts off the bench. When Waterford hit us for two goals, and a serious second goal I may add, they had the momentum.

But it was substitutes David Reidy who set up Pat Ryan to go back two in front. And making differences like that, when the game was in the melting pot, would be pleasing John Kiely the most.

Also I have to say I have never seen John and Paul so wound up on the sideline. They knew this was a big game.

And they also knew, if they could get a win over Waterford again, it was be such a psychological advantage to Limerick going forward, as the Waterford players would know deep down that this is 0 from 4, while also down 4 All-Stars!

Limerick now are all but hitting towards a Munster final.

They play Tipp in the TUS Gaelic Grounds next weekend, and after watching Tipp against Clare this weekend, you would suspect a Limerick win and wouldn’t it be great heading for Cusack Park in the last of the round robin fixture knowing that a Munster final place was secure.

The big thing for Limerick now is getting Cian and Kyle's hamstrings sorted, get Seamie Flanagans fingers to recover, and hope that Peter Casey and Barry Murphy don't meet any hiccups over the next 6 weeks as we await their return.

Momentum is building nicely now again, and while they may have been doubts in the spring, we are now springing into the summer with a smile on our faces.