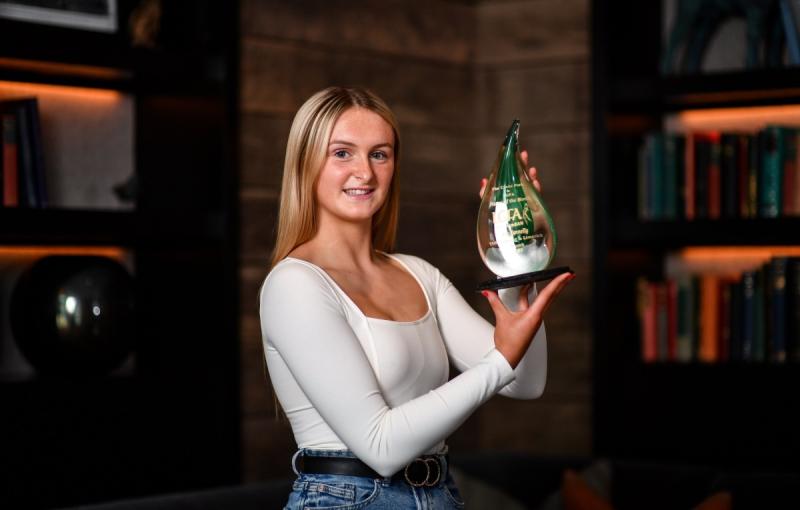 LIMERICK star Iris Kennelly has been named as the The Croke Park/LGFA Player of the Month for March.

The Old Mill Ladies Football club star was in superb form for college and county during the month of March, as TUS MidWest won the Yoplait Lagan Cup title, while the Limerick inter-county side advanced to the Lidl National League Division Four Final.

This performance earned Iris the Player of the Match award, and she would also secure a place on the Yoplait Rising Stars selection, which recognise the efforts of players in the fourth, fifth, sixth and seventh tier Ladies HEC third-level competitions.

Limerick may have lost out to Offaly in the Lidl NFL Division Four Final but Kennelly played a key role throughout the campaign for the Shannonsiders, contributing a total of 4-6.

That consistent form saw Iris named this week on the Lidl National League Division 4 Team of the League.

Iris was presented with her award today by Ina Lazar, Sales Manager, the Croke Park.