Aaron Gillane: Limerick hurlers continue to reap rewards for 'faith in our own gameplan' 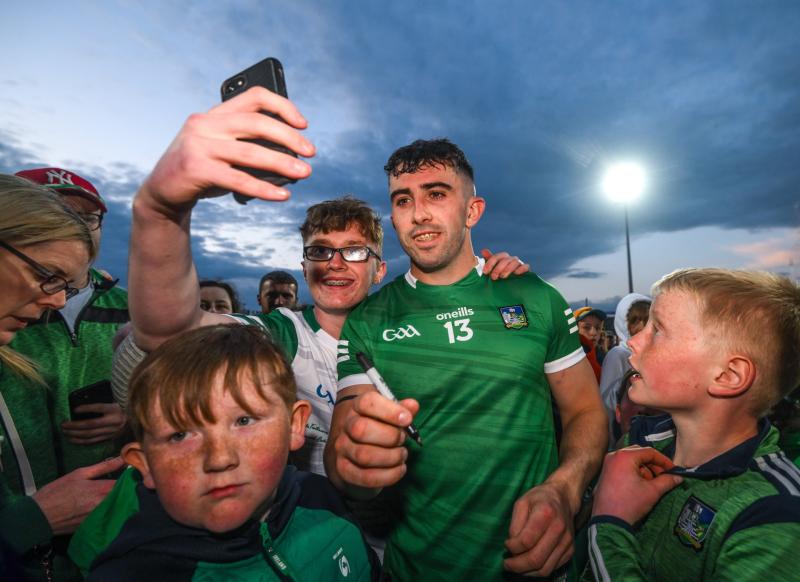 AARON Gillane turned in a Man of the Match display to help propel Limerick to an eighth straight Munster Senior Hurling Championship victory.

Saturday's win over Waterford ensures Limerick have one foot in the knockout stages ahead of remaining games with Tipperary and Clare.

"A great match but Thank God it is over because I could hardly catch my breath there near the end. It was intense but we expected nothing less from Waterford than a big challenge and they definitely gave it to us," the Patrickswell man told Sky Sports.

"It was a good test for them and us and thankfully we came out on top," he gasped ahead a return of six points from play in the 0-30 to 2-21 win.

"Coming in there today we knew Waterford were going to try and restrict us but it was just about us having faith in our own gameplan and sticking to it and eventually we would prevail. "We just focus on ourselves and that is all we can do," he stressed.

"It was a bit of a shock for us - we were up seven points at the time and then they banged in the two goals. We just backed ourselves and didn't change our gameplan and stick worked the ball out from the back and did what we were used to and it paid off in the end," he explained.

Limerick's lacklustre league had many questioning the Limerick 'hunger'.

"I don't think it was ever gone to be honest. We were training like dogs there during the league but that was no excuse for our performances. We were just trying to get ourselves right for championship and that's the main thing at the end of the day," said Gillane.

What of another meeting with league champions Waterford, later in the season?

"whoever we will play, we will do a bit of work on them then but we won't look too far down the line," he stressed.