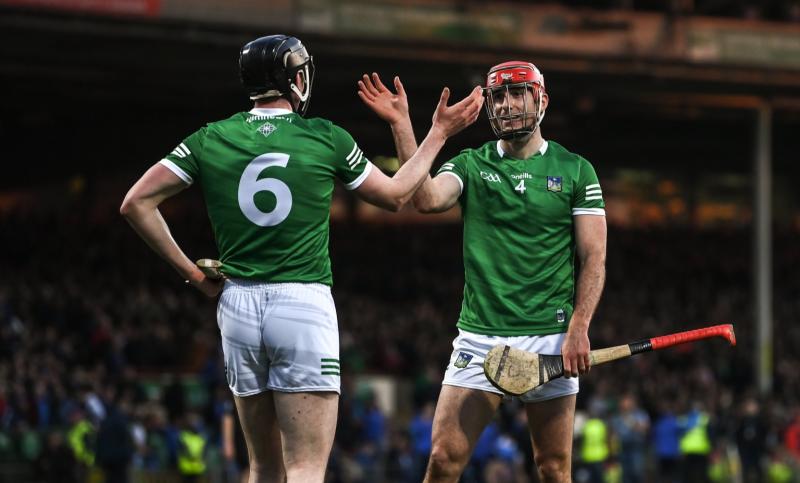 Declan Hannon and Barry Nash at the final whistle of the Munster SHC tie between Limerick and Waterford. PIC: Sportsfile

LIMERICK'S All-Ireland SHC title defence is well and truly up and running with two wins from the opening two rounds of the championship.

With wins over Cork and Waterford, John Kiely's Limerick now turn attentions to the visit of Tipperary to the TUS Gaelic Grounds on May 8.

In this win over Waterford, Limerick hit the 30-point mark with eight different scorers.

Aaron Gillane led the way with six points from play, while Cathal O'Neill notched three fine points when he was introduced early to replace the injured Cian Lynch.