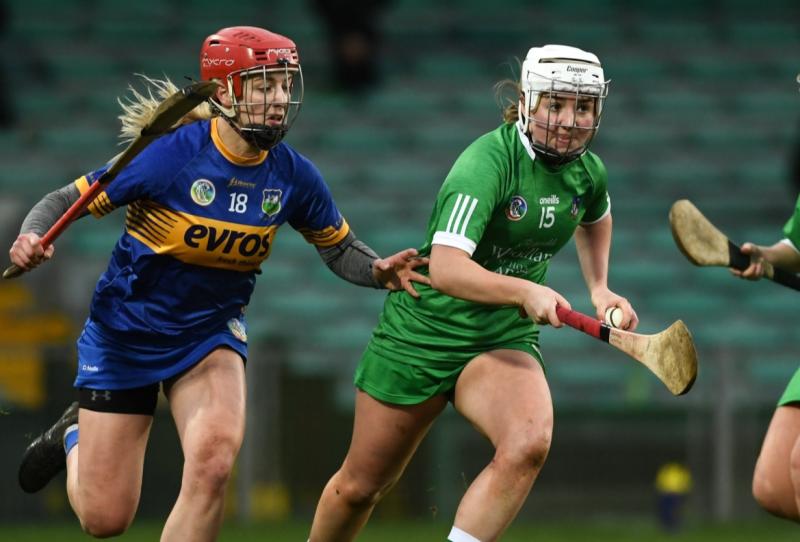 Limerick's Caoimhe Costelloe to renew rivalries with Tipperary this Saturday

LIMERICK’S Munster Camogie Championship clash with Tipperary is the curtain-raiser in the TUS Gaelic Grounds this Saturday evening ahead.

The provincial quarter final has a 5pm start ahead of the 7pm start to Limerick and Waterford in the Munster Hurling Championship.

“That’s massive for camogie in general. The girls are really excited about it,” said Limerick manager John Lillis of the hurling and camogie double-header.

The game brings Lillis into opposition to his native Tipperary, who he previously managed.

Limerick are still searching for a first win of the year – losing four games in the Littlewoods League, which resulted in relegation out of Division One after nine years in the top flight.

“We are going to have to do an awful lot of work between now and then to get the girls back up. We will go again – it’s a new competition with new challenges,” said Lillis of the Munster Championship.

Saturday’s winner will advances to a semi final with Clare, which is the curtain-raiser in Thurles to the May 1 Munster SHC meeting of Clare and Cork.

This Spring, Limerick used 34 players across the four games - 20 were senior league debutantes.

After the Munster Championship, Limerick play in the All-Ireland Championship this Summer – in Group Two along with Galway, Kilkenny, Offaly, Down and Antrim.

WATCH: John Lillis insists Limerick camogie relegation is 'not the end of the world'

Also this Saturday, it's also Limerick v Tipperary in the Munster minor camogie championship - the sides meet in Fedamore at 12noon.

On Sunday, the Limerick junior camogie team are also in Munster Championship action. The play Waterford in Effin on Sunday at 2pm in a semi final tie.

There is Munster U16 action in Ballyagran at the same time (2pm) with Cork the opposition for Limerick.

The Tim McGrath managed side are also seeking their first win of the season after Division Three League defeats to Wexford and Clare.