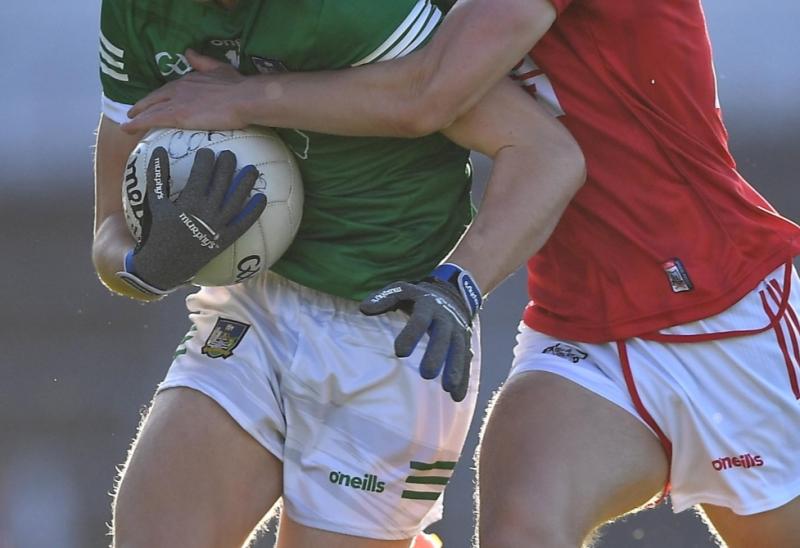 LIMERICK renew rivalries with Cork this Easter Monday with a Munster U20 Football Championship final on offer.

Just four times ever Limerick have contested a provincial final in this U21/U20 grade but will approach this Bank Holiday Monday afternoon's semi final full of confidence after this Monday’s quarter final win over Waterford.

The April 18 semi final takes place in Ballyagran at 5.30 and will be live streamed on Sport TG4 YouTube.

“They are a good side – I’ve seen them a couple of times. They are decent; big, strong, physical team – Cork are always good underage,” stressed O’Donnell.

After the six points quarter final win over The Decies, O’Donnell was full of praise for the application of his players.

“Anytime you come to Waterford and get a result is a great night – I am delighted with the work and attitude of the boys – they were really good. We had a game plan and stuck to the game plan and got the result,” said the manager of his players.
The last four or five weeks we really honed in on the game plan and the rule was ‘don’t panic’. Get on the ball, keep the ball moving, take it out of tackles and we would have to be very happy to be fair”

“This was a massive target from when I got this job last December. We played the league and lost to Offaly, Wicklow and Clare but there was no real pressure because we could see that something was building and in fairness the night that mattered they performed,” said a delighted O’Donnell.

His side scored two goals but created another three chances, while at the back they were strong in defence.

“We will always create goal chances because we are a quite pacy team. I could regret saying that! We will create the chances and then it’s about our application and execution. We have pace in every line of the field so when we go, we go. There is good go-forward ball there and we will create chances every day of the week,” he outlined.

“We set ourselves high targets – we wanted 40 tackles a game and we have hit that for the last three games and we won the three of them. If you have targets and you hit them, you usually win games. We have been working really hard on it. We travelled to Wicklow in the league and got a bit of an eye-opener and they have been outstanding since – it was thoroughly deserved from the boys,” he said of the Waterford victory.

Room for improvement though, said O’Donnell ahead of today's semi final.

”We had a lot of turnovers and even their goal came off our mistake. There is plenty for us to work on, which is a great thing as well,” said the Limerick U20 manager.