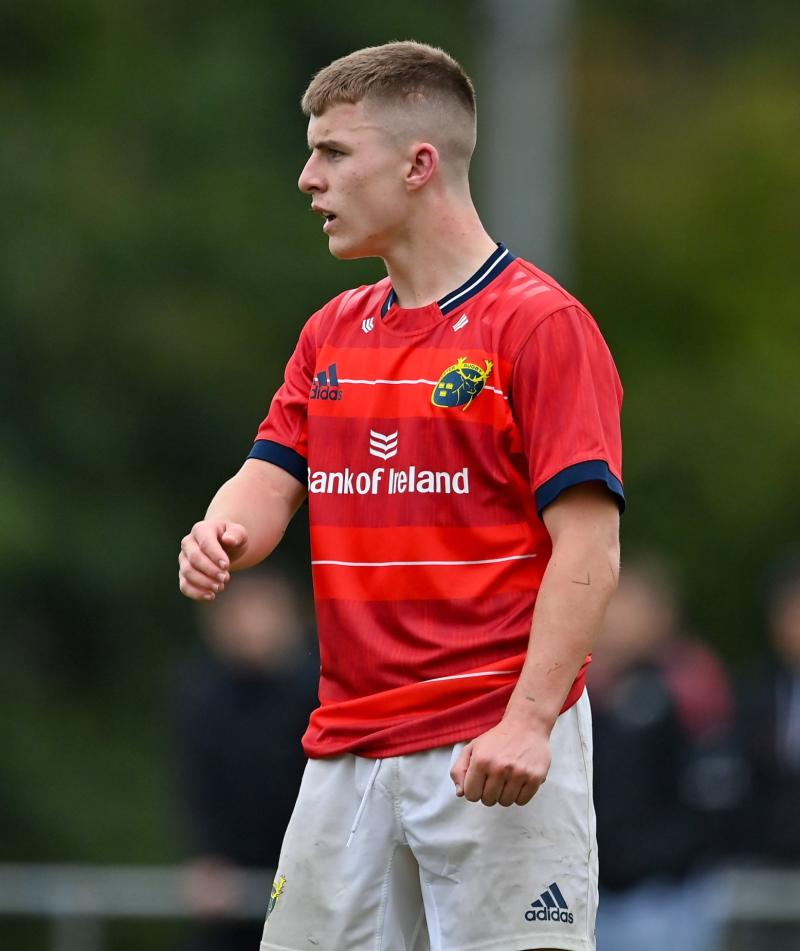 Harry Long, of Ardscoil Ris, in action for Munster U18s here, lined out for Ireland U18 Schools against France

THE Ireland U18 Schools side suffered a 28-23 defeat to France U18 in their U-18 Men’s Six Nations Festival opener at Stade Pierre Camou, Marcoussis.

There were five Limerick-based players in the Ireland U18s match-day squad, including four starters, for the highly competitive game in France.

Paul Barr’s Ireland U18 side opened up a 13-0 lead inside the opening 19 minutes, big number 8 Brian Gleeson crossing from close range and out-half Jack Murphy kicking the rest of the points.

Two Hugo Reus penalties closed the gap to seven points at half-time, and France showed the benefit of their two recent warm-up games as they hit back with a strong four-try second half performance.

The festival continues on tomorrow, Wednesday with Ireland playing Wales at 1.20pm Irish time, before an Easter Sunday showdown with the Italians (kick-off 10.30am Irish time). Both games will be live streamed on the Six Nations YouTube channel.