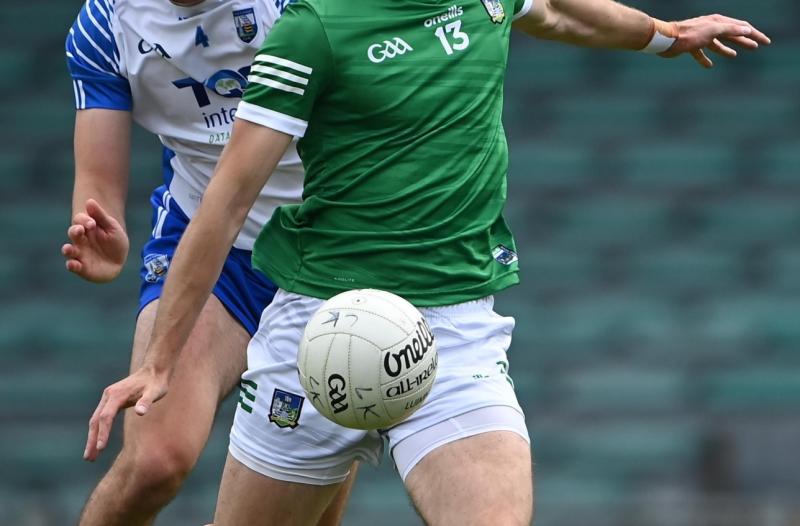 VICTORY for Limerick in the Munster U20 Football Championship this Monday evening.

In Fraher Field in Dungarvan, Limerick were 2-9 to 1-6 winners over Waterford in the provincial quarter final.

The six-point win books a home semi final with Cork next Monday, April 18.

Limerick were powered to victory with a goal in either half and also turned in a solid defensive performance.

The difference between the teams in the opening half was a 17th minute David O'Shaughnessy penalty.

The sides were level twice in the early minutes. O'Shaughnessy (free) and Darragh Murray with the Limerick points.

Then came a barren spell before the Limerick goal. It was a well worked move with O'Shaughnessy fouled -he then picked himself up to send a cool finish to the net.

It prompted a purple patch for Seamus O'Donnell's side.

Conall O'Duinn and O'Shaughnessy added points and all of a sudden Limerick were 1-4 to 0-2 ahead and 22-minutes played.

But Waterford hit back and outscored Limerick 0-3 to 0-1 in the run to half time.

The home side cut a five point lead to three before wing back Sean Kilbridge restored the Limerick lead of one goal.

Early in the second half, Limerick cemented their advantage.

Darragh Bridgeman started the half on the up for Limerick. Corner back Eoin McGrath added another point and then Jamie Baynham had one of the scores of the game after a great solo forward.

Then came the second goal - Darragh Murray palming to the net after a nice move with Emmet Rigter supplying the final pass.

Limerick were now nine points clear and 12-minutes played in the second half.

O'Shaughnessy was shown a blackcard and forced Limerick into clever game management for 10-minutes. Defensively Limerick were strong throughout and again stood firm when down a man.

Ultimately Waterford only scored three times from play and twice in total in the second half.

The Waterford goal only came deep into injury time from sub Eoin O'Callaghan.