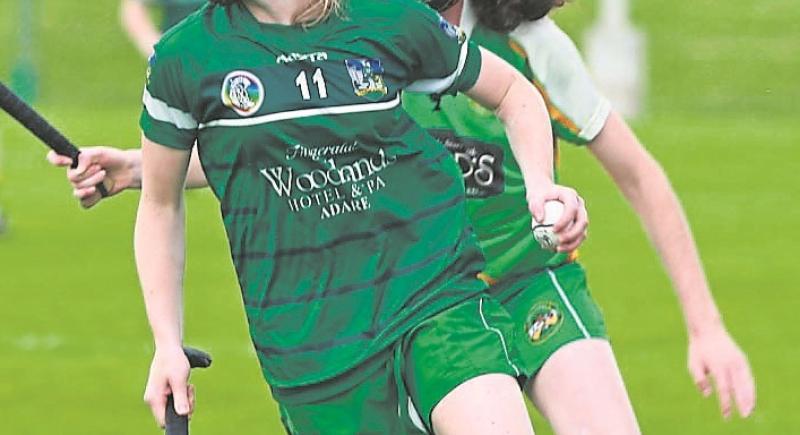 LIMERICK suffered relegation out of Division One of the Littlewoods Ireland Camogie League this Saturday.

In the relegation play-off Limerick lost 3-10 to 1-3 to Offaly to return down to Division Two, which Limerick won back in 2013 to climb into the top flight.

In this tie in Moneygall, a Mairead Teehan hat-trick of goals helped Offaly to victory.

It's four games and four defeats for the John Lillis managed Limerick who now slip out of the top nine teams for the 2023 league. Limerick used 34 players across the defeats to Offaly, Clare, Cork and Kilkenny - 20 of the 34 were senior league debutantes.

In this relegation play-off Limerick had nine wides - four more than the winners.

Limerick were ahead 1-3 to 1-1 on nine minutes but once Offaly hit the front on 14-minutes they were never overtaken.

Teehan had the game's opening goal just on one minute but the Limerick response was immediate with Caoimhe Lyons finding the net and not yet two minutes on the stopwatch.

Points from Caoimhe Costelloe (free), Aisling Scanlon and Orlaith Kelleher then had Limerick ahead.

Then came the second Teehan goal and when Faye Mulrooney added points, Offaly were 2-4 to 1-3 ahead and the game just beyond the mid-point of the first half.

Sophie O'Callaghan's score replied but Offaly were now on top and soon 2-6 to 1-4 ahead.

At half time their lead was 2-7 to 1-6 with Rebecca Delee becoming the six Limerick player on the scoresheet.

All could have been different but for a superb double save from Offaly goalkeeper Eleanor Clendennen just before the half time whistle to deny Michelle Curtin and Aisling Scanlon.

Six minutes into the second half came the third Offaly and Teehan goal - they were now 3-7 to 1-7 ahead.

Limerick sprung to life at this point and dominated the next 15-minutes and found a fun of five successive points - Lyons, Delee (2) and Scanlon with scores from play.

Costelloe had a fine score from play in the final minutes but Offaly kept Limerick at bay to ensure it was the side in green and white that suffered the pain of relegation at the final whistle.