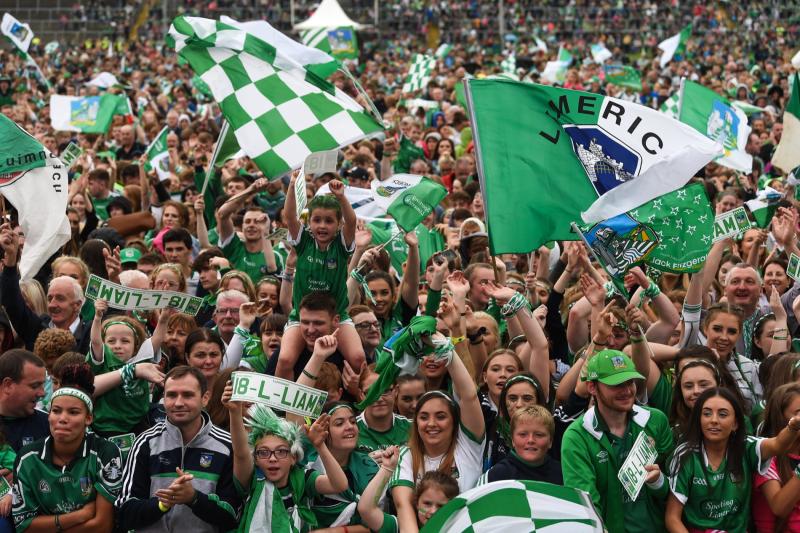 NOT yet Easter but all thoughts have turned to the inter-county GAA Championships.

And, what a month of April it promises to be.

There is a guaranteed 11 championship games for Limerick GAA teams – across hurling and football from senior, through U20 and down to minor. And, that number could increase with progress to the knockout stages for U20 or minor sides.

Naturally, the senior hurlers and footballers will capture most headlines.

In truth, most focus will be on John Kiely’s Limerick senior hurlers.

What a league campaign it was for Billy Lee’ side.

There were three potential targets – they achieved the first with a round six victory over Laois ensuring no threat of relegation, they achieved the second with a final round victory over Fermanagh promoting the men in green into the top two tiers for the first time since 2007. That brought them into just a fourth ever league final appearance in Croke Park, where they ultimately didn’t find their best display and lost to Louth by five points.

All, in all, a most successful season to date.

Rightly much praise for management and the players, especially on social media, but unfortunately that doesn’t translate into support at matches with Louth far outnumbering Limerick in the Hogan Stand last Saturday. Indeed Limerick were also outnumbered for most of their four home ties in the Allianz League.

It’s a season that has provided 10 games to date for Billy Lee’s side – five wins and five defeats across the McGrath Cup and Allianz League.

They are now guaranteed at least two championship games – April 30 in the Munster SFC quarter final against Clare in Ennis is the starting point. When their provincial journey ends Limerick will then play in the All-Ireland SFC series by virtue of their 2023 Division Two league status and therefore not participate in the new Tailteann Cup. At present Limerick are one of 16 teams guaranteed to play for the Same Maguire Cup – this number can only be increased if a side from Division Three and Four in next season’s league groupings reaches a provincial final.

Before the footballers begin their championship, the county senior hurlers will have two of their four games in the Munster SHC played.

The defending champions certainly wont lack for support when they begin their title defence in Pairc Ui Chaoimh on April 17 and then in their first home tie the following Saturday evening in the TUS Gaelic Grounds.

Many questions marks were raised during the league, Limerick remain the bookies’ favourites for championship silverware. Indeed the best value for Limerick to win a third successive Liam MacCarthy Cup title is Evens. Newly crowned league champions Waterford are seen as second favourites at 10/3 with Cork at 13/2 before a stretch out to Galway at 9/1.

They now have four games in the Munster Championship to try find their way into the top three and advance to the All-Ireland Series.

Across five years of Munster Championship under John Kiely, Limerick have played 15 games – 10 wins, four losses and one draw.

That returned three title wins and on Easter Sunday, Limerick set out to try emulate the 1930s when the men in green won four-in-a-row.

And, also on offer in the June 5 Munster SHC final will be the new Mick Mackey Cup for the first time.