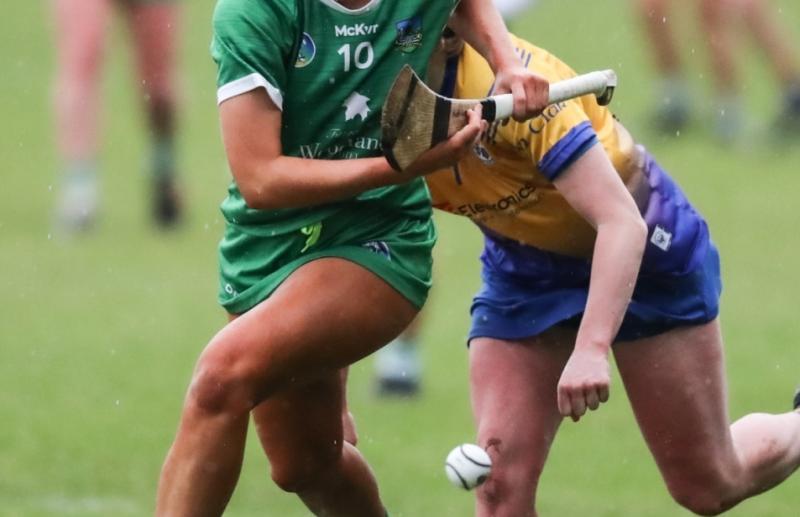 LIMERICK fell to defeat to Clare this Saturday afternoon in the final round group game in the Littlewoods Ireland Camogie League.

This Division Three tie in Fr McNamara Park in Ennis, finished in a 2-22 to 1-13 loss for the Limerick junior side.

There were just six points between the sides entering the final five minutes when Clare goals widened the winning margin out to 12-points.

Limerick must now regroup for the Munster Championship against Waterford on April 24.

The Tim McGrath managed Limerick lost 5-20 to 1-2 to Wexford in their previous outing but settled early in this fixture. Limerick had the aid of the breeze in the opening half and were 0-3 to 0-2 ahead on 10-minutes with Muireann Leahy frees and a fine Amy Burke score.

At the mid-point of the half the game was level for a third time at 0-4 each.

Then Clare finished the half on top with Sarah Loughnane frees and points from Siobhan Lenihan.

Aisling Ryan, Sarah Cosgrave, Burke and Leahy with Limerick scores to leave just a score between the teams at the break.

Then came some Limerick solace with an Amy Burke goal.

Limerick needed the next score but a more experienced Clare responded with two goals of their own from Aisling Cooney and Emma Considine.

Cliodhna Hall and Leahy had late Limerick points but there was no denying Clare victory on a day when Limerick travelled with a panel of just 18 players.