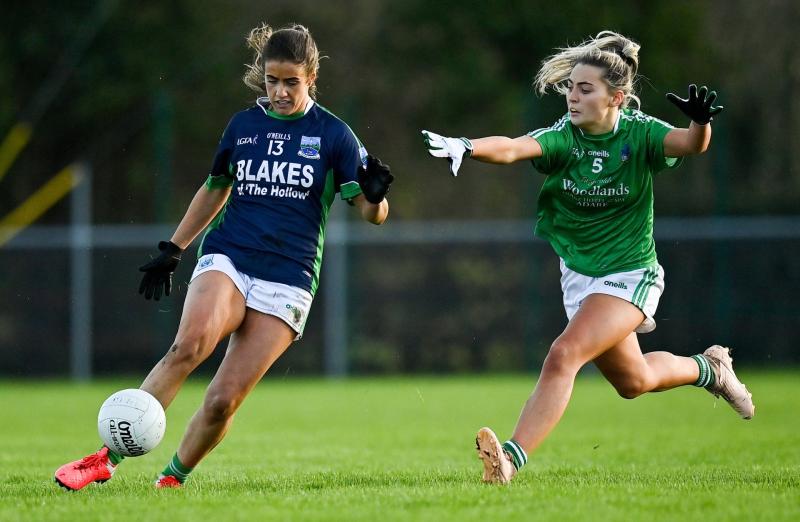 The Graham Shine managed Limerick play Fermanagh in the Division Four semi final this March 20 in Kinnegad at 2pm.

On offer is an April 3 Division Four final against Leitrim or Offaly.

Limerick were last in a league final in 2016 – the only victory from six previous final appearances.

In 2016 honours were secured with a final victory over Antrim. Kristine Reidy, Cathy Mee, Loretta Hanley and Sarah O’Sullivan remain in the current panel from that starting team.

Sunday is a repeat of the November 2020 All-Ireland Junior Championship semi final when the Ulster side were 4-10 to 4-3 winners in Kinnegad.

Limerick and Fermanagh last met in a League semi final in 2019 when a run of late scores secured a 2-15 to 4-7 win for the Ulster side.

The sides also met in the group stages of the 2018 and ‘19 leagues – Limerick winning both.

Limerick arrive into this semi finals unbeaten with victories over London, Offaly and Carlow – scoring 7-26 and conceding 2-18.

On Sunday, Limerick face a Fermanagh side that won the 2020 All-Ireland Junior Championship and 2019 Division Four league title.

In this league campaign, the Ernesiders beat Derry and Antrim but lost to Leitrim.

Limerick have certainly hit the ground running under their new 2022 management – Limerick's manager is Kerry native Graham Shine. He is assisted by coach-selectors Kevin Boyle, Aideen Fitzpatrick and Tim Keanneally.

The Limerick captain for the 2022 season is Roisin Ambrose from Old Mill and vice-captain is Amy Ryan from Oola.