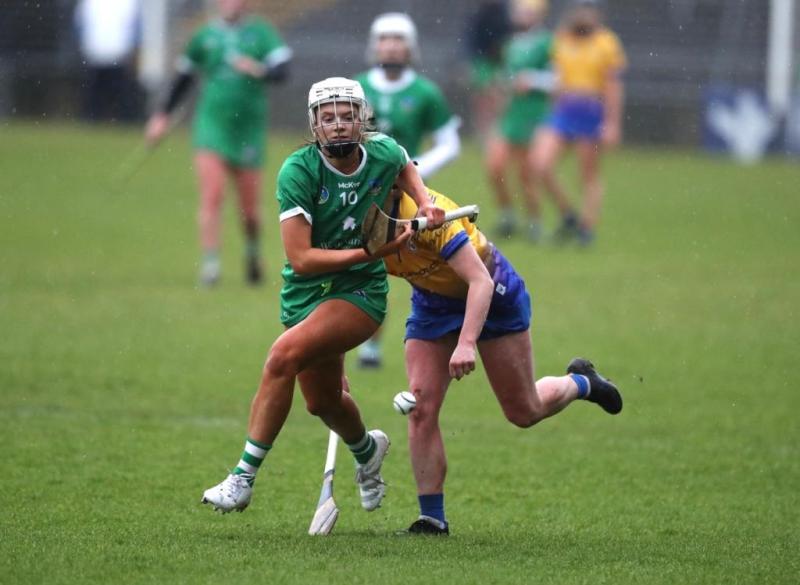 INJURY-TIME defeat for Limerick in the Littlewoods Ireland Camogie League this Saturday.

This game concludes the group phase and now Limerick must play a relegation play-off against Offaly, Down or Dubin on April 9/10.

Limerick were 0-11 to 1-5 ahead entering the final quarter but didnt score again as Clare found the final five points to lead.

The sides were level in the 58th minute but Clare had two injury time points to seal the win.

Limerick had the aid of the strong first half breeze and brought a 0-9 to 1-2 lead into the interval.

The sides were level twice in the opening 10-minutes and then came a four of run successive Limerick points for a 0-7 to 1-1 lead.

Rebecce Delee and Caoimhe Lyons had early Limerick points from play but then Clare went ahead when Aine O'Loughlin fired to the net. Regan Conway's shot looked to be going wide but O'Loughlin fetched and blasted to the net for a 1-1 to 0-3 lead.

Clare weren't to score again for 22-minutes and that goal was to be their only score from play in the opening half.

Limerick's response to the goal was impressive.

Delee's second score was a fine individual effort and the home side were now three points to the good.

That sent Limerick to the dressing room four points to the good.

Lorna McNamara frees cut the lead on the change of ends and it was soon 0-9 to 1-5.

When Costelloe added another free, Limerick were three points clear again and 10-minutes to play.

Clare had their first point from play in the 54th minute - Zi Yan Spillane with the score to bring the scoreboard to 0-11 to 1-6.

Ciara Grogan added another within a minute and then a Chloe Morey free levelled the tie for a third time with two minutes to play.

Clare were to extend their scoring run to five unanswered points with Eimear Kelly getting on the scoresheet to seal a two point win.