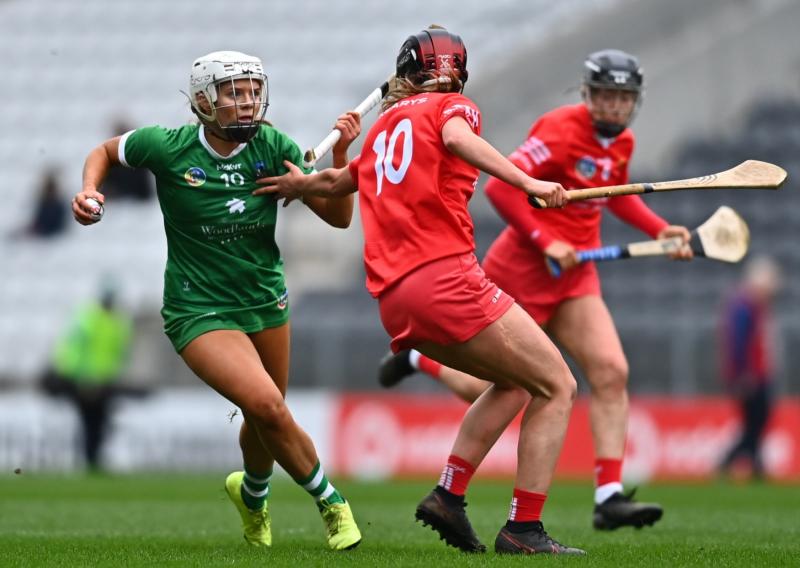 LIMERICK had no answer to Cork's scoring power in this Saturday's round two tie in the Littlewoods Ireland Camogie League.

The John Lillis managed Limerick lost to Kilkenny in round one and must now regroup to beat Clare in a home fixture on March 12/13 if they are to avoid a league relegation play-off.

In this Division One Group Two game, for a new-look and youthful Limerick, the scorers on Leeside were Michelle Curtin (0-3), Caoimhe Lyons (0-2) and Sarah O’Brien (0-1).

Ashling Thompson was a notable presence throughout and exerted her influence from the outset as Cork hit three points in just over the first two minutes via Saoirse McCarthy and the brilliant Cliona Healy’s pair (one from a free).

Five minutes had elapsed when Healy forced a turnover from a puckout, played in Amy O’Connor and the Cork speedster billowed the net.

Michelle Curtin got Limerick off the mark but within seconds, Sorcha McCartan was rattling a shot to the net after being put into splendid isolation by Izzy O’Regan.

More goals from O’Connor, O’Regan and Healy, who finished with 1-7, made it 5-10 to 0-3 at half-time, Curtin providing all of the Shannonsiders’ scores.

Cork manager Matthew Twomey was able to introduce Chloe Sigerson during the break and the Killeagh star weighed in with three lovely scores as the Rebels eased to the finishing line.