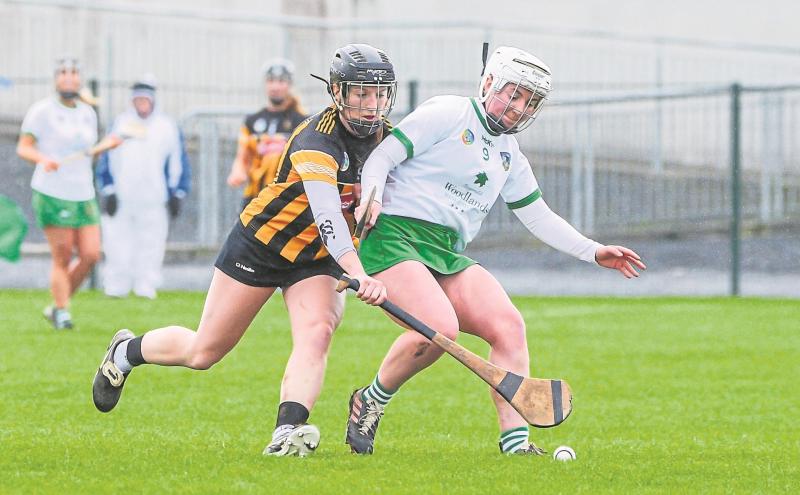 Caoimhe Costelloe in action against Kilkenny in round one

The round two camogie league fixture has a 3pm start in a double-header with the Cork and Galway Allianz Football League game at 5pm.

Saturday on Leeside will be the first meeting of Limerick and Cork since last July’s Munster final when the side were red were big 4-20 to 2-9 winners in the provincial decider.

Both sides are under new management since then – former Tipperary boss now in charge of Limerick, while Cork have Matthew Twomey as manager and Clare’s Davy Fitzgerald as coach. Incidentally former Limerick hurling star Damien Quigley was part of the sub-committee that appointed the new Cork management.

Limerick will welcome back players to the inter-county scene after their exploits with varying Third Level Colleges.

Also this weekend, the Limerick minor camogie team will be in action against Wexford.

The final round group game on Sunday February 27 has the prize of an All-Ireland quarter final spot on offer for the winner.

Elsewhere, Limerick's Laurel Hill Colaiste FCJ are preparing for their Saturday March 5 All-Ireland Junior D Camogie Championship final. The city side will play Galway's Ardscoil Mhuire of Ballinaloe in the decider with the fixture details yet to be confirmed.