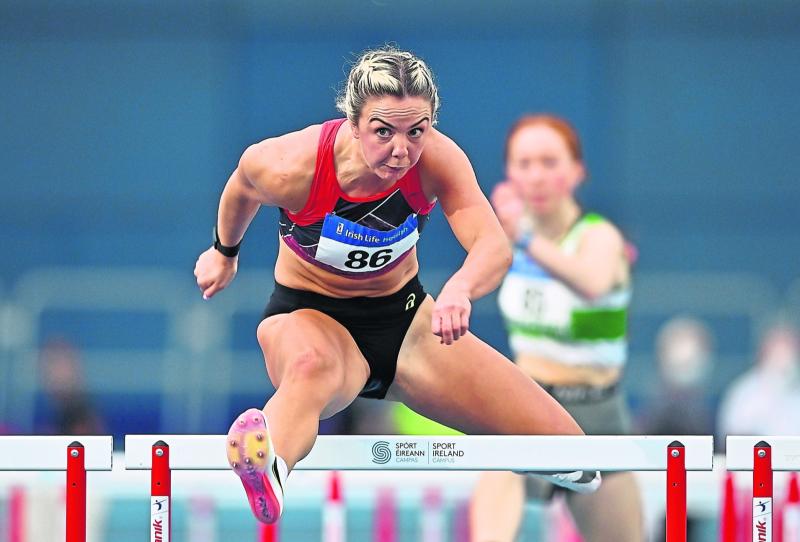 TAKING place in Castlelyons Co Cork and hosted by St Nicholas AC, many Limerick athletes travelled and all performed well.

After two years of little action, athletes who showed tremendous promise pre-pandemic are continuing some of that form in the now slightly older age categories.

There was some great performances by Limerick athletes on day 2 of the championships in Nenagh on Saturday. Well done to all involved.

Clubmate Emer Purtill was 6th in 8.65 This was all the more impressive as athletes had to come through heats and semi finals before monopolising the final. Also at U15 Emer Purtill took 5th in the Long Jump in 4.54m.

In the Boys event Emerald’s Josh Devlin qualified through the heats before coming 6th in the final of the 60mh in 10.99 secs. Josh was also 6th in the Long Jump clearing 4.28m.

Hosted by Salesian’s College Pallaskenry the best Limerick finish was by Ciara Dunne who took second place for the home school in the Senior Girls.

Parkrun
Well done to all who took part in the 3 Limerick Parkrun and Shelbourne Junior event.

The Michal Rejmer 10 Mile, hosted by Dooneen A.C takes place on Sunday 15th May, Patrickswell. The Limerick County 4 Mile Road Championships is on Dromcollougher on the 27th March.