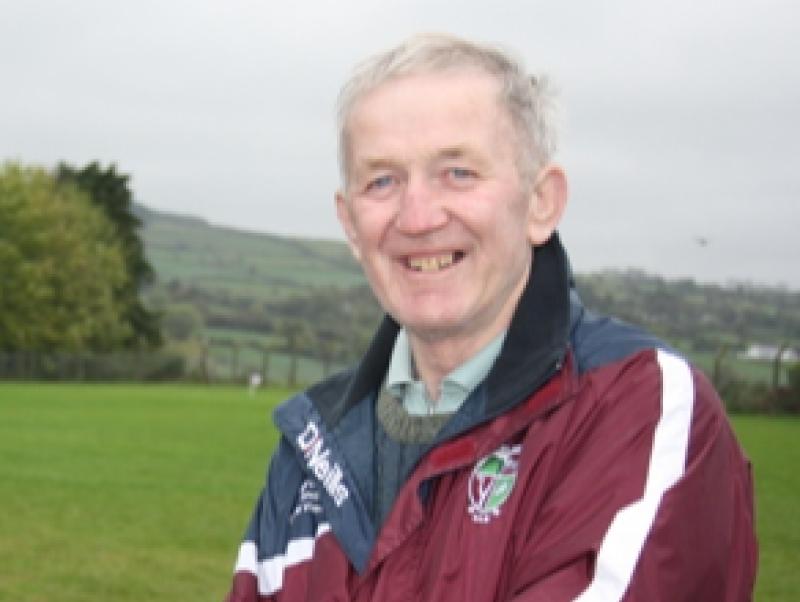 LONG-SERVERING Limerick GAA club official Pat English is one of 11 recipients of the 2022 GAA Presidents’ Awards.

Pat English is synonymous with the Galtee Gaels club in south Limerick with almost 60 years service to the men in maroon.

The GAA Presidents’ Awards (Gradaim an Uachtaráin) will be broadcast this night (Friday February 11) on TG4 at 10.20pm.

“The GAA is about Games, but it is people who make the GAA what it is. The GAA Presidents’ Awards is an opportunity for the Association to acknowledge a group of inspirational people who have made an outstanding contribution towards the success of Gaelic games," said GAA President Larry McCarthy when announcing the 11 winners for 2022.

“They are, in many respects, ambassadors for the tens of thousands of volunteers who dedicate themselves to the promotion of Gaelic games at club, school and county levels and who we are so fortunate to call our own. Their work is not motivated by recognition – but that is why it is all the more important to appreciate the work that they do and celebrate the fact the GAA is the better for it," said the president.

Pat English has given over a half a century of dedicated service to the GAA at club and county levels and is devoted to Galtee Gaels, a club drawn from the Anglesboro-Kilbehenny area in the shadows of the Galtees and straddles both the Cork and Tipperary borders.

He gave many years of dedicated service as a player with the club’s junior team which came to an end when he encountered serious illness in 1987. The ultimate prize of a Limerick Junior Football Championship medal which he richly deserved eluded him as following his retirement, the Gaels went on to be crowned champions in 1988.

The last ten years of his playing career overlapped with him becoming more and more involved in the administration of the club, something which has continued to the present day.

He has served as his club’s South GAA delegate for 43 years, club secretary for 10 years, vice-chairman for three and chairman for 20 years, as well as being the club’s county board delegate, and Irish Officer, you get a sense of Pat English and his commitment to serving others.

Joining Pat English among the awards is John Lenihan of UL, who is the recipient of the Education Award.

John Lenihan hails from Kilkishen, Co Clare and from an early age was involved in his local club, O’Callaghans Mills as a hurler and footballer.

He is the heartbeat of the UL GAA Club and has been the one ever present role model of the University of Limerick’s most successful sports club over the last five decades since he began working for what was originally known as INHE Limerick 41 years ago.

The fantastic vision of the Sports Officers Ann Moran, Jacinta O'Brien, and chaplain Fr John O'Shea that realised entry into all the prestigious university GAA competitions Fitzgibbon, Ashbourne, Sigerson, and O’Connor cups was the way to go and by the end of the 1980’s was delivered.

John has the unique pleasure of overseeing the first ever Campus victory in the Fitzgibbon Cup entering the competition as NIHE Limerick and winning it a few months later as the University of Limerick.

Another major personal achievement of John’s was the successful merger of both Campus GAA clubs University of Limerick (NIHE) and Thomond College of Education, All Ireland Club champions in 1978, into the vibrant club it is today.

By its nature University Sports Clubs consistently turn over its membership with an average four year stay for its player.

However, for a college club to succeed staff involvement is essential and John’s role of recruiting the Campus Community to support the UL GAA Club is the secret of its success over the last forty plus years. Dedication and hard work is the foundation of success and John’s Modes Operandi mirrors this statement and is the reason the UL GAA Club is the standard bearer of all Student Sports Clubs on the University of Limerick Campus.