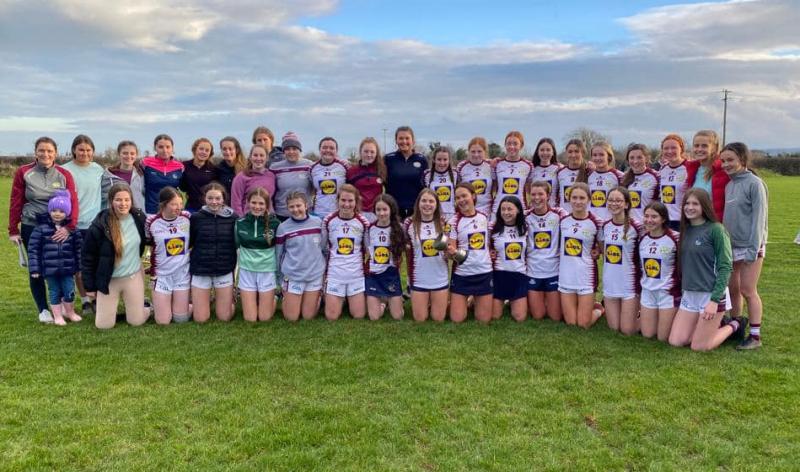 The Limerick side play St Killians College of Antrim in the last four tie this Saturday February 12.

The All-Ireland semi final has been fixed for the Robert Emmets GAA club grounds in Cushendun, which is a coastal village in the Glens of Antrim. The semi final has a 12noon start.

It's a 490km trip from Dromcollogher to Cushendun, which would require a non-stop journey of five hours and 13-minutes according to the AA website.

That would require the Munster champions to depart west Limerick at 5.30am.

However, concerned parents and guardians have stepped in and now the vast majority of the 39-strong panel of U16 1/2 girls will stay overnight in a hotel in Ballymena. As the fixture was only confirmed to the Limerick school on Thursday, there has been no time for fund-raising so parents/guardians are paying for the accommodation rather than see the girls spend over 10-hours on a bus for a round-trip from Dromcollogher to Cushendun.

The players will travel north in cars with their parents/guardians on Friday and stay overnight. They will then play the match on Saturday lunch-time before returning to Limerick afterwards.

The option to stay overnight has meant that the school has had to bring pre-exams forward by one day to facilitate any absentees on Friday for the journey.

Hazelwood College were crowned Munster Junior C Camogie champions on January 15 when they defeated Tipperary's St Marys of Newport. The west Limerick side had beaten St Flannans of Ennis, St Marys of Charleville and Kinsale CS to reach the provincial final.

It appears all games in the competition have been played at home or away venues with no neutral fixtures.

They face a St Killians College side that defeated Dublin's Loretto of Balbriggan in the All-Ireland quarter final last Wednesday February 2 - also in Cushendun, which is a GAA grounds almost 20km north of the school.