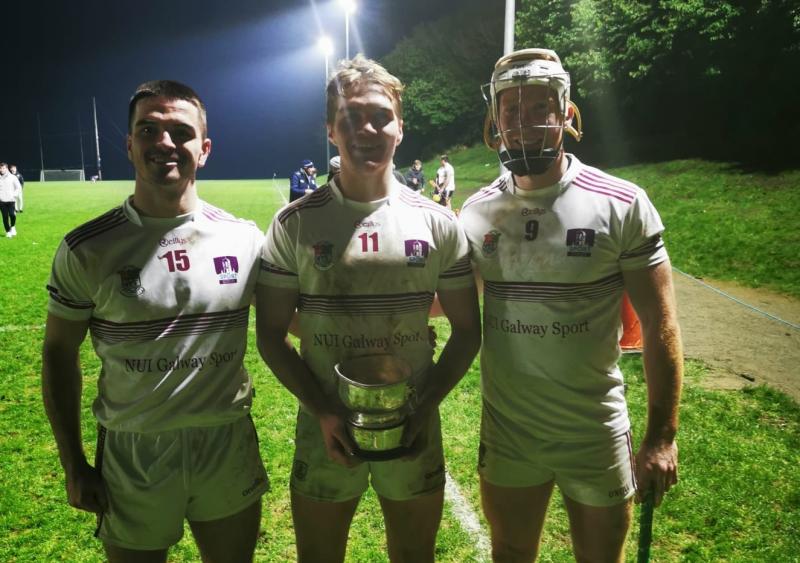 The 2021 Hurler of the Year won the Higher Education Division One Hurling League title with NUI Galway.

The Patrickswell man is doing his Masters in the Galway university at present and eligible to play Third Level GAA with the men in maroon.

This Wednesday evening, Lynch and his new team-mates defeated DCU, 2-21 to 4-11 in the league final.

Lynch was the only Limerick player in the starting line-ups, albeit the Dublin side were managed by Foynes native Eoin Roche.

Here is how @nuiggaa1 will line out against @DCUDocEirGAA in tonight’s long awaited league final.

NUIG were 0-8 to 1-3 ahead at the first half water break in the final played in Dangan, Co Galway.

DCU missed an early second half penalty and by the second half water break it was NUIG that were 2-16 to 3-9 ahead.

In the end, Lynch and his Galway team-mates held on for a four point victory.

Attention quickly turns to the championship. Lynch and NUIG are in Group A in the Fitzgibbon Cup, along with Limerick's Mary Immaculate College UCD and UCC.

Mary Immaculate play the newly crowned league champions on Wednesday January 26 in Dangan when Lynch will be in opposition to his Patrickswell club-mates Jason Gillane and Josh Considine, who are part of the Mary I panel under manager Jamie Wall.

Lynch is of course a former Fitzgibbon Cup winner with Mary Immaculate.