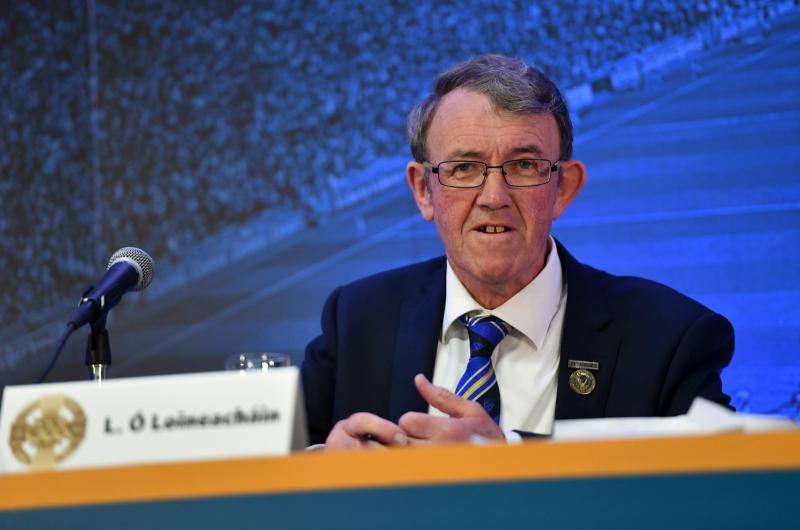 LIMERICK'S Liam Lenihan steps down as Munster GAA chairman this Saturday after three years in the position.

The Tournafulla man became just Limerick’s fourth ever Munster Council GAA chairman when elected into the role in January 2019.

Lenihan is a former Limerick GAA chairman and senior hurling selector and was the first Limerick man to lead the provincial council in 27 years.

Lenihan followed in the footsteps of previous Limerick Munster GAA chairmen; Tom Boland (1992-'95); Padraig O’Riain (1967-'71) and William Clifford (1932-'36). Glin born Thomas O’Sullivan was Munster GAA chairman in 1903 but was associated with Kerry GAA by then.

Liam Lenihan had served as vice-chairman of the Munster Council for the three years prior to moving into the chairman role when the Annual Convention of the board took place in Templeglantine's Devon Inn Hotel three years ago.

"Liam has served the Association in the province with great distinction and led us through a very difficult period during the Covid crisis," said Leddy.

"He was also in the great position of presenting his native Luimneach with three Munster titles in a row!"

"On behalf of the Council, I would like to thank Liam for his dedication to the role over this three year tenure."

He his annual report Leddy echoes the words of all when hoping "2022 will see us emerge fully from the grip of the Covid-19 crisis and that we return to a full year of activity, with maximum attendances at games".

"However, this hope is tinged with a level of uncertainty, with spiralling case numbers associated with the Omicron variant leading to an increased nervousness that the pandemic, which as dominated our lives for two years, has some way to go before we can confidently consign it to history. Hopefully, as the vaccination programme and the booster programme roll out is completed, we will get a full return to normal activity across society," said Leddy.

"I hope that our clubs will see a full year of activity in 2022. We certainly learned over the Covid years of 2020 and 2021 the value of our clubs to communities across the country, and the enormous contribution our clubs make to the health and wellbeing of so many people. There was an initial concern that volunteers, and players might not return in the numbers that were there before the crisis, but thankfully, that concern proved unfounded. Clubs were quickly back to full activity, and many gaining from all of their players being available for a full year. For now, we look forward to our Club Finals in January in hurling and football, and we hope that 2022 will progress in an interrupted manner. We will continue to do everything in our power to help develop the Association across the province of Munster and to keep the GAA as the provinces number 1 sporting and cultural organisation."