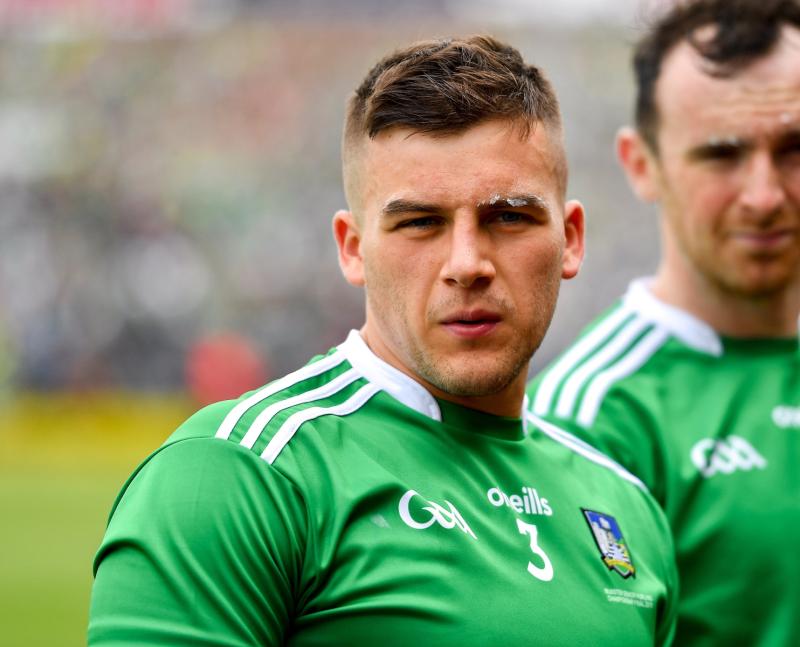 The Na Piarsaigh and Limerick full back hasn't played inter-county hurling since an Allianz League tie in March 2020 against Waterford - coincidentally the last game before Covid-19 restrictions arrived into Ireland.

The 2018 All-Ireland winning full back, had worn the No3 jersey in four of Limerick's five Allianz League games in that Spring of 2020. Covid-19 restrictions then shutdown the GAA season but he later starred as Na Piarsaigh won the Limerick SHC title in September 2020.

Then on October 11 2020, Casey suffered a cruciate ligament injury in a challenge game between Limerick and Galway ahead of the inter-county championship. One month later he underwent a cruciate ligament operation on his right knee in the Sports Surgery Clinic in Santry.

This Summer, Casey was back in full training with John Kiely's Limerick and he July he ended his nine month battle back from that cruciate ligament injury when he played with his club side in a City Senior Hurling League tie.

However, he suffered a setback after that game, which ruled him out of the 2021 All-Ireland campaign and the Limerick SHC.

It now is understood, Casey suffered another setback in his knee rehab in recent times and this Tuesday afternoon underwent another a third operation in the Sports Surgery Clinic in Santry.

Limerick play Munster League in January and Allianz League in February and March before the Munster SHC commences on April 16/17.

With Casey set to commence his return to full match fitness once again it would appear, his target will need to be the Munster SHC or later stages of the Allianz League.

He joins his brother Peter on the sidelines.

The 2021 All-Star corner forward suffered a cruciate ligament operation in the aftermath of the All-Ireland SHC final win over Cork in August. Peter is hoping to be back in time for the inter-county championship this April and May.