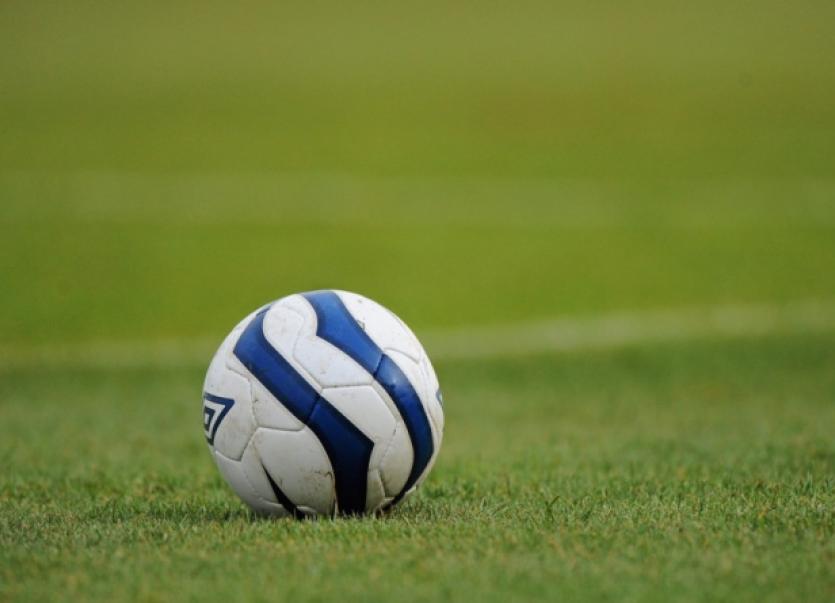 The opening games of the LDL Premier League season saw wins for Janesboro, Geraldines, Regional Utd and Pike Rovers. The other two games were draws. Here is a roundup of the games.

The opening games of the LDL Premier League season saw wins for Janesboro, Geraldines, Regional Utd and Pike Rovers. The other two games were draws. Here is a roundup of the games.

Defending Premier League champions Janesboro began the defence of their crown with a sensational 7-2 win over Moyross. First half goals from Tom Clarke, a Shane Clarke penalty and two strikes from the impressive Aaron Nunan had the Boro well in control. Adrian Power scored for Moyross to make it 4-1 at half time. Boro did not let up in the second half with John Tierney adding a further two goals before Shane Waters finished their scoring. Barry Quinn got Moyross’ second goal.

Geraldines got their season off to a perfect start with a comfortable 4-1 win over Summerville Rovers. Summerville old boy Darren O’Sullivan hit two goals for his new side with Keith Harnett and Keith O’Connor grabbing the other goals. Stephen Kiely scored a consolation goal for Summerville.

Mungret Regional and Wembley Rovers played out a one all draw on their return to top flight action. Richie Mullins put Wembley ahead in the first half but Jamie Morrissey’s second half goal earned Mungret a deserved draw.

Regional Utd got their season off to a winning start against Ballynanty Rovers in a cracking game. Garbhan Coughlan made up for a missed penalty in the first half to score the game’s only goal.

Carew Park and Fairview Rangers could not be separated in an entertaining game. Former Fairview player Mark McGrath opened the scoring with a stunning 35 yard strike. Colin Scanlon fired home for Fairview to give both teams a share of the spoils.

Pike Rovers also got off to winning start against a young Aisling Annacotty outfit. Wayne Colbert and Eoin Hanrahan goaled to have them comfortably ahead at the break. However, a number of missed chances left Aisling back into the game and Keith Mawdsley’s long range effort put the minimum between the teams. Pike have keeper Gary Neville to thank for their win as he made a stunning save from Mawdsley to give Pike a 2-1 win.