Limerick FC reeled in by Longford 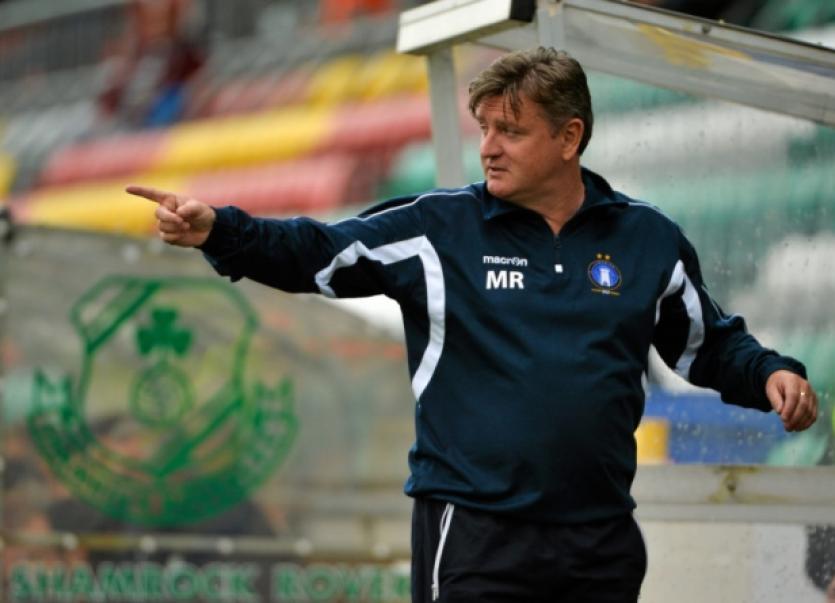 LIMERICK FC’s survival hopes in the Premier Division of the SSE Airtricity League were dealt a blow on Monday night as Martin Russell’s side played out a dramatic 3-3 draw with Longford Town before 1,779 spectators.

LIMERICK FC’s survival hopes in the Premier Division of the SSE Airtricity League were dealt a blow on Monday night as Martin Russell’s side played out a dramatic 3-3 draw with Longford Town before 1,779 spectators.

While the basement Blues were held by a resilient Town side, second-from-bottom Sligo Rovers moved six points clear of Limerick thanks to a precious 1-0 home win over Derry City. There are now just 9 series of games to go in the top flight.

Limerick FC, looking for their fourth win on the bounce in the Premier Division, will feel that they should have made it back-to-back wins in the top flight in the space of 72 hours.

Limerick led 2-0 in the first half and again at 3-2 inside the final quarter, only for defensive frailties to prove their undoing. This was a pulsating contest right until the final whistle with 18 goals now scored at the Garryowen venue in the last three fixtures.

A confident Limerick FC were rewarded for their early endeavour when Ian Turner cut in from the left before unleashing a terrific shot low into the right hand corner of the net after 15 minutes.

And things got better for Limerick fans just three minutes later when the impressive Shane Tracy fired home superbly from the edge of the box.

If Limerick FC fans thought they were in an easy night, they were mistaken and just after the half hour mark, Longford pulled a goal back when defender Rhys Gorman headed home from a corner. Failure to defend corners properly has cost the Blues dearly all season.

The home side had a great chance to go 3-1 up soon after, but the in-form Vinny Faherty headed over from close range.

The sides remained at 2-2 at the break. Five minutes into the second half the Blues had a let-off when Longford’s Gary Shaw shot straight at Freddy Hall when put through on goal.

It was the Blues turn to pass up on a glorious chance to take the lead a few moments later when Dean Clarke headed inches wide from Paul O’Conor’s delightful cross.

Limerick regained the lead on 62 minutes when defender Robbie Williams headed home from Shane Tracy’s cross. The home side looked destined to double their lead two minutes later, only for striker Clarke to be denied by a stunning save from Town ‘keeper Paul Hunt. However, the see-saw nature of the opening half continued in the 7st minute when Stephen Rice fired the visitors level.