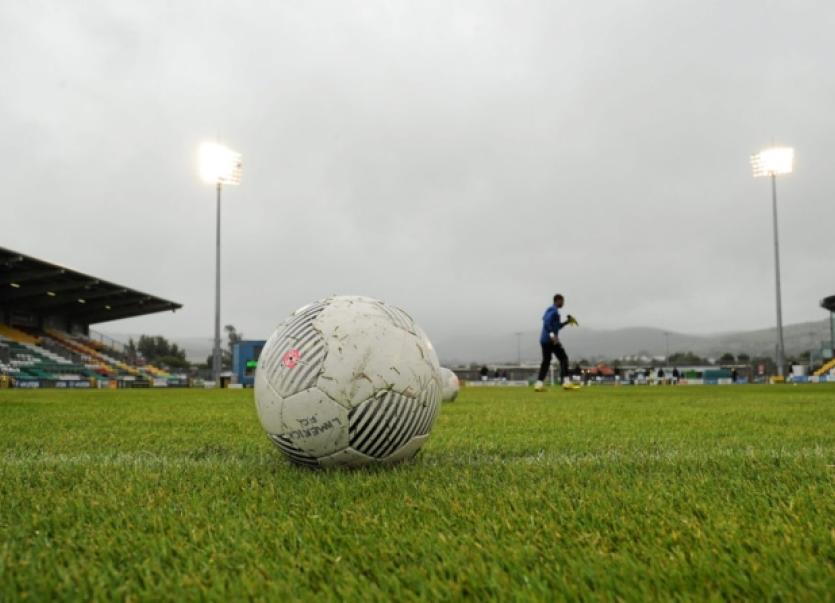 Dylan Thomas has long been my favourite poet. I was at a funeral recently in Bandon – surrounded by Cork City supporters of course – and an inspirational speech at the end of the mass paid tribute to Thomas’ most famous verse.

Limerick Football Club have been given a lifeline with that win on Saturday – now it’s time to rage against the dying of the light.

I did not expect to be writing this column, but I’m more than pleased that I’ve been given the chance to. Limerick had a side capable of finishing mid-table – that much was certain. These new additions solidify that claim. Taking just the on-field problems, the biggest challenge Limerick have faced this year is having to consistently turn up not knowing they’re good enough to compete at this level. Although most of the players had shone at one stage or another, this particular group were yet to win a single game this season in a major competition. Enter Vinny Faherty.

The crowd on Saturday was extremely encouraging – more than anyone could have anticipated. It’s just about safe enough to say that may be their core support going forward. We’ll say one thousand to round that figure up slightly. 1,000 paying customers is similar to what St Patrick’s Athletic typically get on average for games that don’t involve big Dublin derbies. They’ve been in Cup finals, won a league title and progressed in Europe in the last five years. Limerick are currently sitting rock bottom of the Premier Division. Numbers are one thing, but the joyous scenes at the final whistle on Saturday night would bring a tear to the eye of anyone associated with this football Club before 2008. Grown men flocked to the tunnel to cheer in the faces of the players that had finally gotten that monkey off their backs. Going forward, there just might be something to build on.

I watch ‘The Great Escape’ every single Christmas – don’t ask why. I’ve no clue myself. Let’s take a look at how Limerick can build their own Tom, Dick and Harry.

Realistically, there has to be an eight-point swing. Accounting for Limerick’s game in Sligo - the last game of the season, Martin Russell’s men have ten games to make up those five points on Sligo. Both sides play the same teams, so home games will be crucial. Limerick have Bohs, Longford, Pat’s, Dundalk, Derry and Shamrock Rovers. Sligo have Cork, Derry, Rovers, Bray and Bohemians. Sligo have the edge there, but Limerick have the momentum.

Limerick will need to get something from the game against Bohemians next Saturday. That’s not part of the maths equation, that’s simply because they cannot follow up their biggest result of the season with a loss. Longford Town are slipping down the league table slowly but surely – that’s another huge chance. The games between the sides have been close this year, and Longford are now in their worst spell of the season. Some sides won’t have anything to play for in the final series of games, which works in Sligo’s favour – but Limerick need to win at least three games apart from the Sligo tie on the last day to have a chance. Bohs, Longford and Derry look the most winnable.

The likelihood of Limerick staying up isn’t huge, but I still sit here penning a plot for them to do the seemingly impossible. That’s the important thing. I’m hoping Limerick’s attempt at the great escape mirrors James Coburn’s rather than the effort of Donald Pleasence. Last Saturday’s win may just give a city false hope for a week, but Limerick aren’t ready to go gently into that good night just yet.