Andy Lee: “If it was up to me I would still be fighting in Limerick” 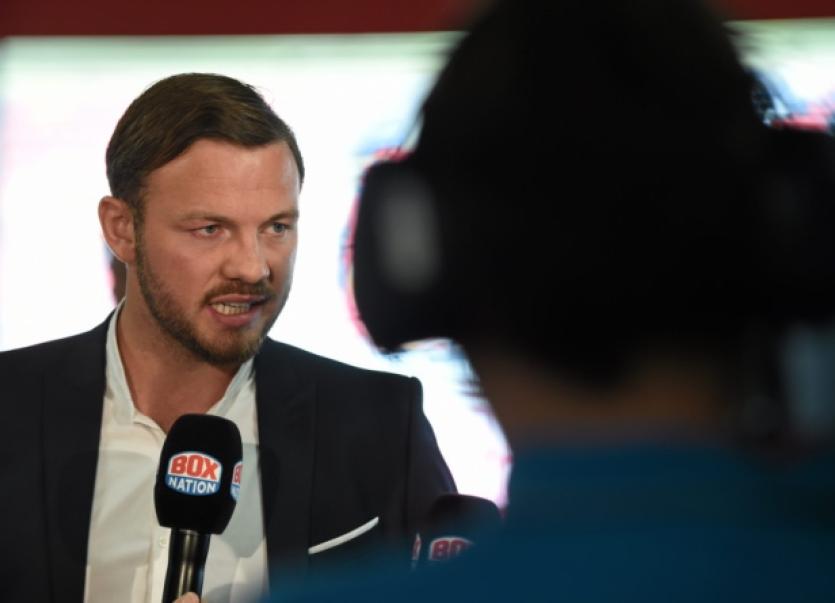 ANDY Lee has revealed that his Thomond Park WBO title fight was cancelled against his wishes.

ANDY Lee has revealed that his Thomond Park WBO title fight was cancelled against his wishes.

The Limerick champion was speaking this Monday lunchtime in Manchester at a press conference to confirm details of the new October 10 bout against Billy Joe Saunders.

“I didn’t make the decision - if it was up to me I would still be fighting in Limerick. I would have taken a week or two out of training and I would have been ok to get back,” said Andy Lee on the boxing subscription channel Box Nation, which will have exclusive rights to the Lee v Saunders title fight.

“Adam (Booth) and Frank (Warren) made the call - as much as I protested, they made the decision and they were the ones promoting the fight,” said the former St Francis Boxing Club Olympian.

Lee is now to spend a number of days recuperating from the virus that has curtailed his training and which ultimately led to the Limerick cancellation.

“I’m going back to Ireland for a couple of days rest and then start training again,” he revealed.

“A bit of my mother’s cooking at home,” said Lee of his recuperation plans.

“I’m very disappointed not to be fighting in Limerick because they would have been a dream come through for me but it wasn’t to be,” sighed Lee.

“I’m disappointed but I need to be 100% for a fighter like Billy Joe.”

Tickets for the Lee title defence are now on sale on www.eventim.co.uk/tickets.

“I’m happy to be part of a big card,” said Lee of the Manchester event that will include three world title fights on the Lee v Saunders undercard.

“There is a big Irish community in Manchester so I would expect a big crowd for me,” he said of the arena, which has a 21,000 capacity.

“There is not much between us - it might come down to who wants it the most. He has a bit of spark in him. I have to go in and with every punch hurt him,” said Lee of his opponent.

Promoter Frank Warren told the press conference that Lee’s manager and trainer Adam Booth was absent due to a virus.

Warren was asked once again to explain the move from Limerick.

“Andy had a virus which Adam Booth now has. As well as being a promoter I am manager of Billy Joe and I can’t have him preparing for a fight which mightn’t happen. Unfortunately there wasn’t a date available in Limerick that would have been suitable,” outlined Warren.