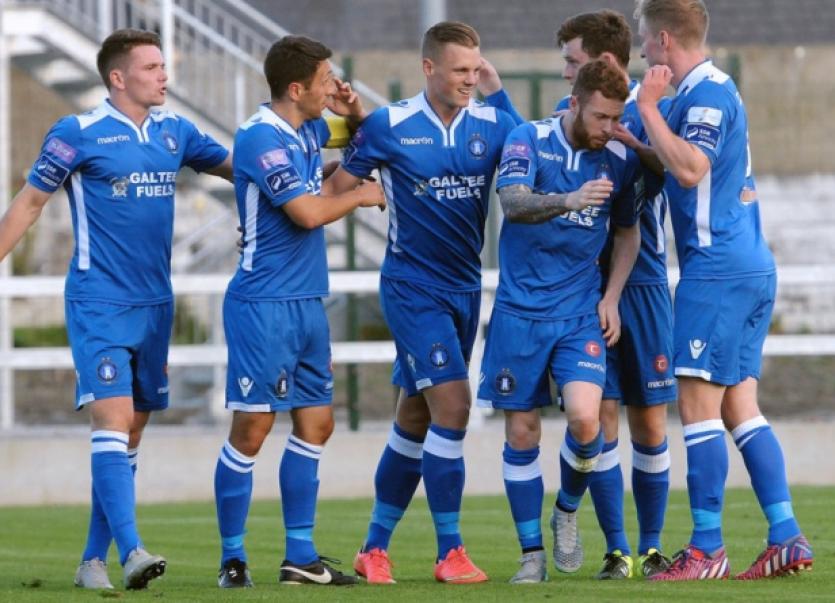 Soccer - Limerick held by Longford in another cracker

Limerick FC’s survival hopes were dented last night as they played out a six-goal thriller against Longford Town. Martin Russell’s outfit took a two nil lead thanks to Ian Turner and a stunning strike by Shane Tracy. Longford managed to level the game before half-time but Robbie Williams gave Limerick the lead once more but Steven Rice levelled once again for Longford. This was a missed opportunity for the team to gain another much needed win, especially with their nearest rivals, Sligo Rovers gaining all three points in their game against Derry City.

All Black international centre Francis Saili will play his first game for the province on Friday evening when Munster play Connacht in their second pre-season game. Centre Saili, who has joined Munster on a two-year deal, made more than 30 Super Rugby appearances for the Blues, scoring five tries. The 24 year-old made his debut for the All Blacks against Argentina in September 2013 at Hamilton, and was part of the New Zealand Under 20 team that won the Junior World Championship in Italy in 2011.

Limerick’s World Middleweight champion Andy Lee has opened up about the cancellation of his title fight at Thomond Park. Lee was speaking yesterday in Manchester at a press conference to confirm details of the new October 10 bout against Billy Joe Saunders and clarified that he had nothing to do with the cancellation. “I didn’t make the decision - if it was up to me I would still be fighting in Limerick. I would have taken a week or two out of training and I would have been ok to get back,” Lee said about the virus which has been given as the reason that the fight was moved to Manchester.

Kerry gaelic football manager Eamon Fizmaurice has played down the long rivalry between his side and Tyrone ahead of Sunday’s All Ireland Football semi-final. “There was a ferocious rivalry in the noughties and Tyrone had the upper hand. We got some measure of revenge in 2012 when we beat them in the qualifiers in Killarney. Since then there’s been a lot of change and two new teams will take to the pitch on Sunday. As a manager, my experience of Tyrone has been the few league games we’ve played.”

Rugby - Hawk-eye to be used at Rugby World Cup

A new version of the Hawk-Eye system will be used at this year’s event in the UK it has been confirmed. The technology will be used to aid referee’s decisions after successful trials. The system will be used alongside the Television Match Official (TMO) to allow instant access to multiple angle replays in real time and slow motion. ITV will be the host broadcaster for the world cup and have worked with Hawk-Eye in developing the new version.