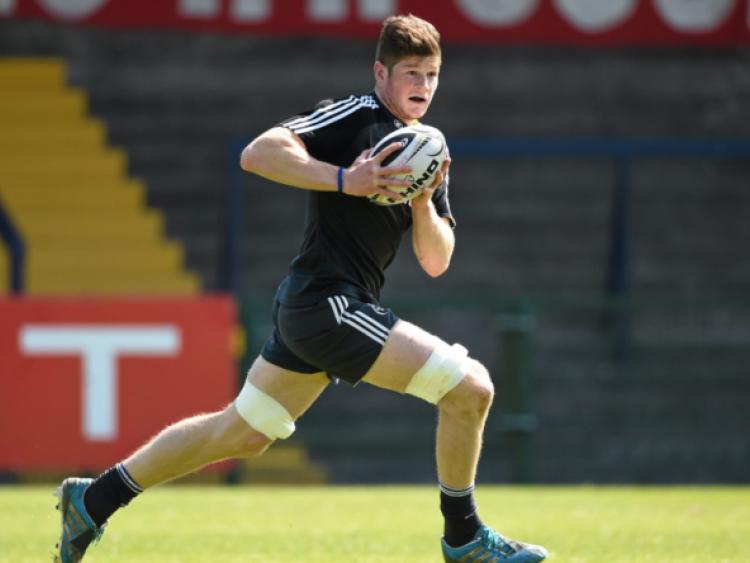 EXCITING Munster back-row forward Jack O’Donoghue is keen to build on his breakthrough last season which yielded 10 appearances, including two starts, and three tries for Anthony Foley’s side.

EXCITING Munster back-row forward Jack O’Donoghue is keen to build on his breakthrough last season which yielded 10 appearances, including two starts, and three tries for Anthony Foley’s side.

Twenty one year old UL-Bohemian clubman O’Donoghue insists he has much to improve on in his game. O’Donoghue is set to see his first action of the season in Friday night’s friendly with Connacht at Thomond Park.

O’Donoghue said: “I kinda got lucky with the breakthrough (last season). I actually got a good few games under my belt. Leading into this season, I think I can build on that, improve on some aspects of my game and hopefully try and hopefully try and secure a position in the team full-time.

“I have played eight and six, so I haven’t really played much at seven. Obviously, with the 16 games on the trot there will be a lot of squad rotation stuff like that, so I think you have to adopt to where you are put. I am pretty comfortable in all three positions, I think, so we will see how we go.

“With the Irish guys away, now is a great chance for the younger lads to step up. Pre-season is obviously great for that because you get the chance to prove yourself to the coach and show what you can do and leading into PRO12, try and secure that position.”

Waterford native O’Donoghue, who is studying pharmaceutical and industrial chemistry at UL agrees he has an excellent teacher in number eight play in coach Anthony Foley.

“You get great tips off Axel (Anthony Foley) and the lads around you. CJ (Stander) had a great season last year and you can look at his games, the way he carries. For me, a young lad, it is great to have these lads around just to talk to, sit down and have a coffee with, just rub shoulders with. You learn so much from them.”