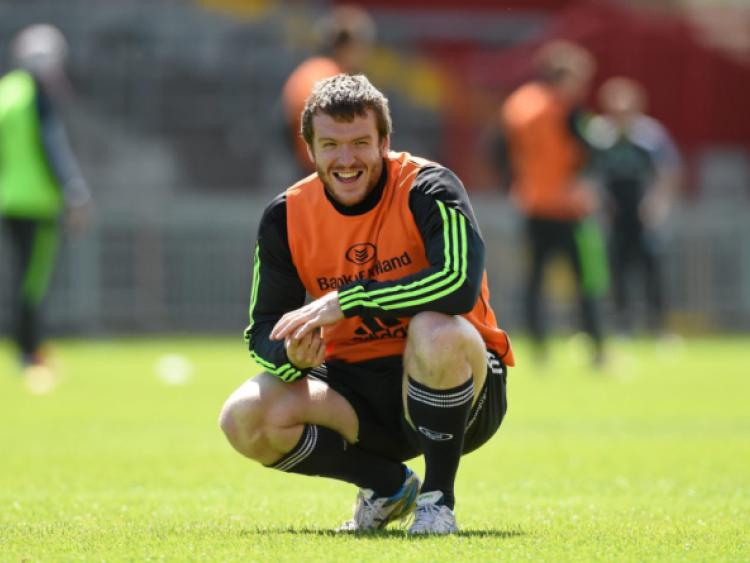 HOOKER Mike Sherry will make his first start for Munster since November 2013 when Anthony Foley’s side face Connacht in their second pre-season friendly at Thomond Park on Friday night, 7.45pm.

HOOKER Mike Sherry will make his first start for Munster since November 2013 when Anthony Foley’s side face Connacht in their second pre-season friendly at Thomond Park on Friday night, 7.45pm.

Sherry, who has been sidelined for 21 months, has undergone an extended period of rehabilitation and recovery due to an initial knee injury and recurring shoulder issues that have ruled him out until now.

Munster will be relieved to have Sherry back, as the Limerickman admitted at one stage that he ‘did think the shoulder would be career threatening at times,’

However, there was also disappointment for Munster on the injury front with confirmation that centre Denis Hurley has sustained ankle ligament damage and is expected to be side-lined for approximately 8 to 10 weeks.

With head coach Foley rotating his squad for the Connacht clash, second row Dave Foley is the only forward to retain his starting place from the side which lost to Grenoble on Friday last. Foley is joined in the engine room by academy lock Sean McCarthy.

In the back-row, Dave O’Callaghan is another returning from injury after successfully rehabbing a knee injury sustained in April. He is joined by last year’s Academy Player of the Year Jack O’Donoghue and Player of the Year CJ Stander who takes over the captaincy duties for the first time.

In making the final changes to the starting XV Ian Keatley and Duncan Williams are introduced at half-back and Shane Monahan makes his first Munster appearance on the wing. Gerhard van den Heever, Matt D’Arcy, Cian Bohane and David Johnston are all as they were.

Munster’s latest All-Black signing, centre Francis Saili, is listed among the replacements for the clash with Connacht.

Following on from his successful Munster debut last week, 18-year-old out-half Bill Johnston is once again named in the replacements in a week that saw him receive his CAO offer of International Business in UL.

The new adidas alternate Munster Rugby kit will be worn for the first time tomorrow night in Thomond Park.