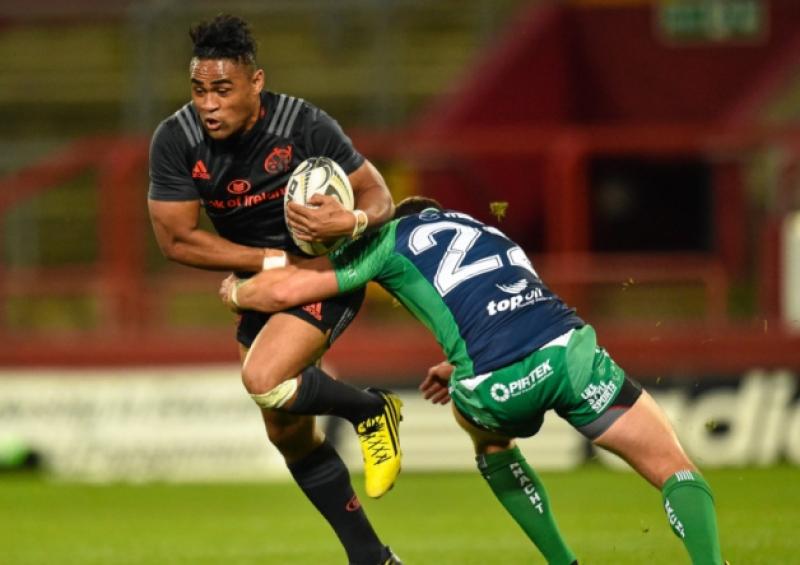 MUNSTER suffered a disappointing 28-12 defeat to Connacht at Thomond Park on Friday night in the second of their three pre-season friendlies.

MUNSTER suffered a disappointing 28-12 defeat to Connacht at Thomond Park on Friday night in the second of their three pre-season friendlies.

Despite scoring a third minute try through fit-again hooker Mike Sherry - who was making his first appearance for the province in 21 months - Munster found themselves trailing 21-12 at half-time to the visitors.

MUNSTER who struggled to subdue Connacht’s brilliantly executed maul throughout, conceded a penalty try on the 54th minute when the home side was penalised for illegally pulling down one of the visitors mauls close to the home side’s line.

The score sealed a deserved win for Connacht as both sides emptied the replacements’ bench in the second period. Munster hooker Sherry was replaced at half-time following his lengthy lay-off, while New Zealand centre Francis Saili was handed his debut for the province in the second period.

While this was Connacht’s final friendly before the start of the Guinness PRO12, Munster will take on London Irish at Musgrave Park on Friday next, August 28, at 7pm.