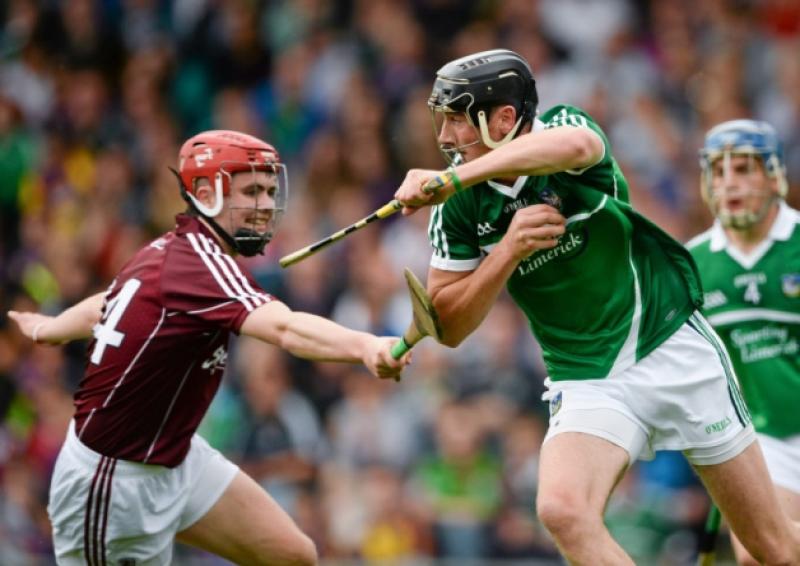 Limerick booked their place in the All Ireland U-21 hurling final with a 1-20 to 0-17 win over Galway this Saturday evening in Thurles.

Limerick booked their place in the All Ireland U-21 hurling final with a 1-20 to 0-17 win over Galway this Saturday evening in Thurles.

A first All Ireland U-21 hurling final for Limerick since the historic three-in-a-row was completed in 2002 awaits.

Limerick booked a place in just a fifth ever decider at this grade with a thoroughly merited six point semi final victory over Galway.

The thrilling victory books a September 12 final against Wexford in Thurles in a repeat of the 2001 final between the counties.

John Kiely’s Limerick produced a storming second half display to see off the challenge from a Galway side that were looking to ride the crest of a wave in the county that had already booked All Ireland final spots in senior and minor hurling and senior camogie, not to mention already winning the All Ireland IHC titie.

But Limerick ensured no potential clean sweep for The Tribesmen with another display of composed intelligent hurling and a fierce appetite for work.

Just as they against Clare and Tipperary to win Munster honours, Limerick started and finished well and when they did lose momentum there was no panic.

And, all this from a side that started with 11 players that will be underage against next season and many for the year after.

Crucially Limerick held Galway to just two points in the final quarter, which the sides entered with the Shannonsiders 0-17 to 0-15 ahead.

Limerick hit 1-3 in those final 15-minutes while Galway could find just two points in the final five minutes by which point they were attempting to erode a seven point lead for Limerick.

In front of 7,563 in Semple Stadium, Galway opened the scoring but much of the early hurling was done by Limerick.

It was very much an opening 30-minutes of two distinct periods. Limerick led 0-10 to 0-4 after 17-minutes and then Galway hit six successive points to level 0-10 each by half time.

When Colin Ryan added a third Limerick were already into their now familiar style. Ryan was in a two man full forward line with Ronan Lynch, with Cian Lynch retreating to a third midfielder role.

In a hectic opening it was 0-5 to 0-5 after five minutes with Darragh O’Donovan and Barry Nash on the mark.

But Galway were growing into the contest bit-by-bit in what was their first outing of the season.

David McCarthy made a double save from Jason Flynn and Conor Whelan in the sixth minute to keep them at bay.

But the field went Limerick to find a run of four scores to bring the tally to 0-10 after 17-minutes.

Just like the Tipperary and Clare games Limerick faded before the interval and failed to score for 13-minutes as Galway battled back to level at the break.

Galway went ahead on the change of ends but then Limerick had O’Donovan and Dempsey points to go 0-13 to 0-11 ahead.

They never looked back.

Nine minutes into the second period it was 0-16 to 0-12 with Morrissey, Ryan and Dempsey on the mark.

Brian Molloy edged Galway closer but it was Limerick that showed the greater hunger when the winning line came into sight.

The all-important goal came in the 49th minute of the TG4 televised contest.

Ryan and Dempsey were involved in the build-up and Morrissey showed great perseverance to eventually strike to the net when on his knees. That had LImerick 1-18 to 0-15 ahead.

Barring a Galway goal there was no way back for the Connacht side and it never came with Gearoid Hegarty, Michael Casey and Richie English in fine form in defence. Dempsey’s third and fourth points of the second half ensured the victory with seniors Conor Whelan and Jason Flynn finding late Galway scores but unable to derail the Limerick journey to the All Ireland final.