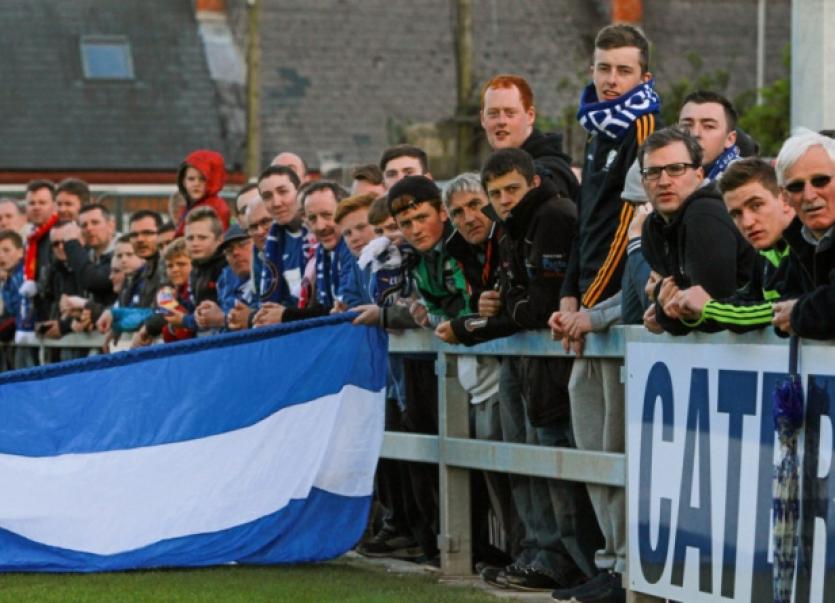 LIMERICK FC captain Shane Duggan is adamant the Blues can pull clear of the drop zone in the SSE Airtricity League Premier Division over the remaining months of the season.

LIMERICK FC captain Shane Duggan is adamant the Blues can pull clear of the drop zone in the SSE Airtricity League Premier Division over the remaining months of the season.

Misfiring Limerick remain six points adrift at the foot of the Premier Division table after suffering a frustrating 2-1 defeat to Drogheda United on the club’s long-awaited return to the Markets Field on Friday night. A bumper crowd of 2,308 turned out to witness the Blues first league outing at the famed Garryowen venue in 31 years.

Afterwards a defiant Duggan insisted Martin Russell’s charges have the ability to haul themselves away from the relegation zone. Bottom side Limerick, yet to win a fixture in the top flight this season, remain six points behind Bray Wanderers in the table.

Captain Duggan said: “You have to stay positive. We have a very young squad. We know if we can get one or two results we will be right back in the frame again.

“I think we can pull away from the bottom of the table with this team. It is about holding on to the games we feel we can get three points out of rather than giving away sloppy goals and giving ourselves mountains to climb.

“I am still positive. I know we can pick up a couple of wins and hopefully catch the team in front.

“No disrespect to the First Division, but it is a bit of a graveyard. You don’t have as many supporters turning out and it is hard to attract the good players to the club when you are there.

“This club should be in the Premier Division. I still think we will catch some of the teams around us. Hopefully we have the same level of support turning up every week.

“It is the basics that are killing us at the moment. There are not many team carving us open. It is sloppy goals that we are giving away.”

The kick-off time on Friday night was put back 15 minutes to allow the large number of supporters access the venue.

Shane Duggan’s father Ger was the last Limerick player to score a league goal at the Markets Field prior to Friday night’s return.

Shane Duggan said: “It is a great honour to captain the side every week, but to come back to this stadium in front of such a big crowd, I was delighted with that.”