Limerick footballers drawn away to Tyrone in All Ireland SFC Qualifiers 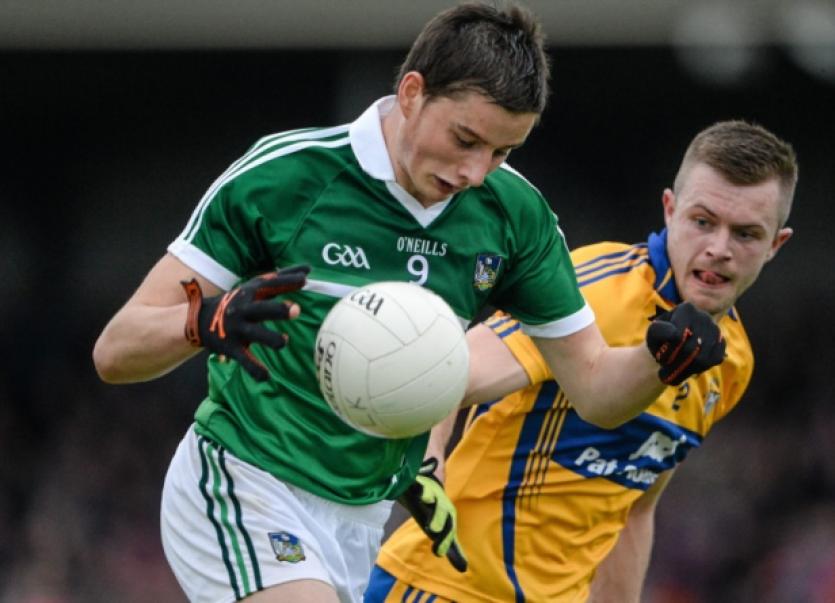 THE Limerick senior footballers have been drawn away to Tyrone in round one of the All Ireland SFC Qualifiers.

THE Limerick senior footballers have been drawn away to Tyrone in round one of the All Ireland SFC Qualifiers.

The most difficult task against Mickey Harte’s side will take place in Omagh’s Healy Park on Saturday June 27.

It will be the first ever senior championship meeting of the sides.

This Monday morning’s draw involved the eight counties on the ‘B side of the Provincial Championship that did not qualify for the provincial semi-finals.

John Brudair’s Limerick are bidding to bounce back from a 0-15 to 0-13 loss to Clare in the Munster SHC after a very poor first half display.

Ahead of the Qualifiers, Limerick have a big doubt over key midfielder Gearoid Hegarty. The U-21 captain didn’t line out for his club St Patricks in their Limerick SFC defeat to Ballylanders this Sunday evening. He picked up a leg injury in Limerick’s Munster defeat to Clare.

Last season Limerick went to round three of the All Ireland SFC Qualifiers. They beat London and Antrim but then lost to Sligo. That was after Limerick had failed at the first hurdle in the Munster championship when losing to Tipperary.