Two Limerick wins at the Kennedy Cup in UL 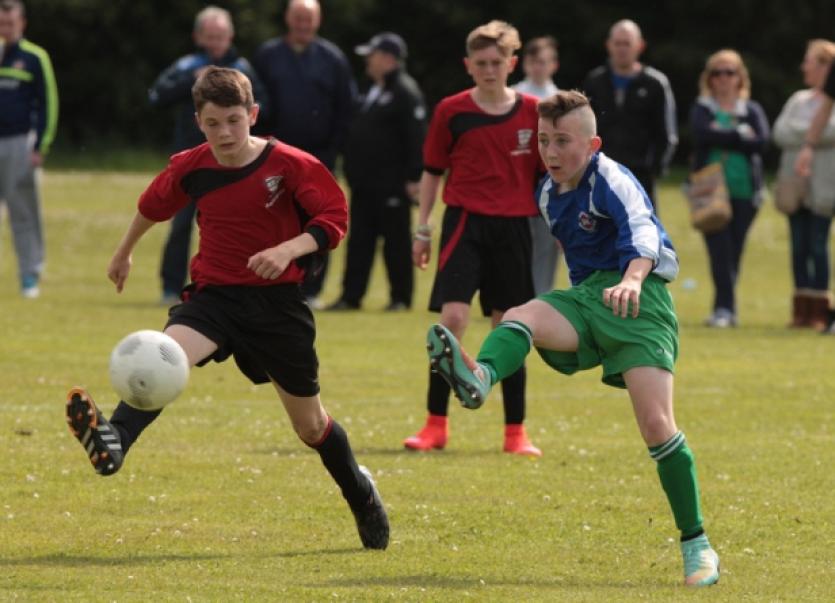 THERE were two Limerick wins in the opening series of games at the FAIS Umbro U-14 Kennedy Cup competition which is taking place at UL this week.

THERE were two Limerick wins in the opening series of games at the FAIS Umbro U-14 Kennedy Cup competition which is taking place at UL this week.

The Limerick and District Schoolboy League (LDSL), semi-finalists for the past two years, opened their campaign with a convincing 6-0 victory over the West Waterford/East Cork League.

The victory leaves the LDSL sitting pretty on top of Group 3 ahead of their remaining two pool fixtures this Tuesday. The LDSL face the West Cork league at 10.30am this Tuesday morning, before completing their pool games against the Kerry League at 4pm.

The Limerick Desmond League also opened their Kennedy Cup campaign with a precious victory, when edging the Donegal League 1-0 in Group 6.

The Limerick Desmond Schoolboy League face the Cork League at 12.30pm this Tuesday, before finishing their group games against the Wicklow League at 6pm.

Meanwhile, the Limerick County Schoolboy League suffered a 2-0 defeat to the Roscommon League in their opening fixture in Group 5.

Limerick County continue their Kennedy Cup campaign with a fixture against the Clare League at 10.30am this Tuesday, before taking on the Galway League at 4pm.

A total of 32 teams representing each of the schoolboy leagues are taking part in the Kennedy Cup at UL which runs until Friday. The winners from each of the eight groups will progress to the quarter-finals of the Cup. There are also plate, bowl, shield and trophy competitions for the leagues sides which don’t qualify for the knock-out stages of the Kennedy Cup.