TJ Ryan accepts Limerick were ‘out thought and out fought’ 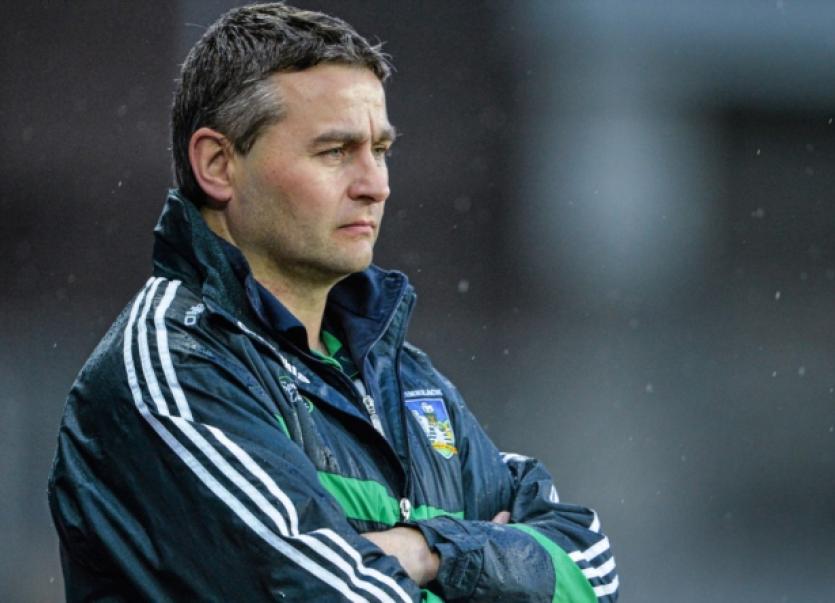 LIMERICK hurling manager TJ Ryan said that much “soul searching” lies ahead as attention turns to the countdown to the Munster SHC with Clare on May 24.

LIMERICK hurling manager TJ Ryan said that much “soul searching” lies ahead as attention turns to the countdown to the Munster SHC with Clare on May 24.

Ryan’s Limerick crashed out of the league on Saturday night when beaten by 1-25 to 0-16 in Croke Park by Dublin.

Totally outplayed in a performance that lacked any physicality, power or pace, Limerick now have eight weeks to turn things around for the championship.

“Being beaten 12 points, of course that is worrying - it is very disappointing,” accepted the Limerick manager.

“I can’t put my finger on it. Clearly we were off the pace - the intensity wasn’t there, we didn’t get the tackles in - we were just well out of it and beaten by six points in both halves,” said Ryan.“We have no excuses really,” he sighed.

Ryan said he can’t explained why his side were “out-thought and out-fought all over the pitch”.

“We were out thought and out fought all over the pitch and just didn’t play well enough - I don’t have my finger to put on any one thing,” he said after the disappointing display.

“Any team can get beaten on any given day but it was the manner which was the disappointing thing - not performing,” sighed Ryan.

The Limerick manager doesn’t feel the gap between Division 1A teams and Division 1B teams is a realistic excuse for the lacklustre performance.

“I’m sure plenty people will throw that out and it might have looked like a Division 1A team against a 1B team out there but I thought preparations had gone well and I thought we had a strong team out and before the game we really targeted the game and wanted to win it.”

He added: “I’m sure we will hear plenty arguments of Division 1A versus 1B but today we played like a 1B team and that’s the bottom line”.

“From our point of view this is a quarter final of a national competition and we targeted it and wanted to win it. We were disappointed after not winning promotion from Division 1B and today is another big disappointment. We would have thought that coming to Croke Park to play Dublin in a quarter final of a national competition was a good opportunity to go and have a right go off this.”

Limerick’s cause wasn’t helped by injuries to Donal O’Grady and Seamus Hickey in the first half but the reasons for the loss run much deeper.

“Losing those types of players is not good and we made a couple of substitutions but at the same time it was not one or two players, it was all over the field that we were off the pace. We couldn’t get a handle on the ball around the middle of the field - we crowded that area early on but we couldn’t seem to win breaking ball, they seemed to be more physical and tougher and winning all the ball,” outlined Ryan.

“I thought for a while in the second half we battled well and got it back to six points and we needed to try and get a score or two from there but we were only clutching at straws really,” he accepted,

“We had a lot of soul searching to do now. The dressing room is very disappointed - nobody can put a finger on it, it wasn’t supposed to be like that,” he said with a rueful shake of his head.