Where now for Limerick hurling after poor league campaign? 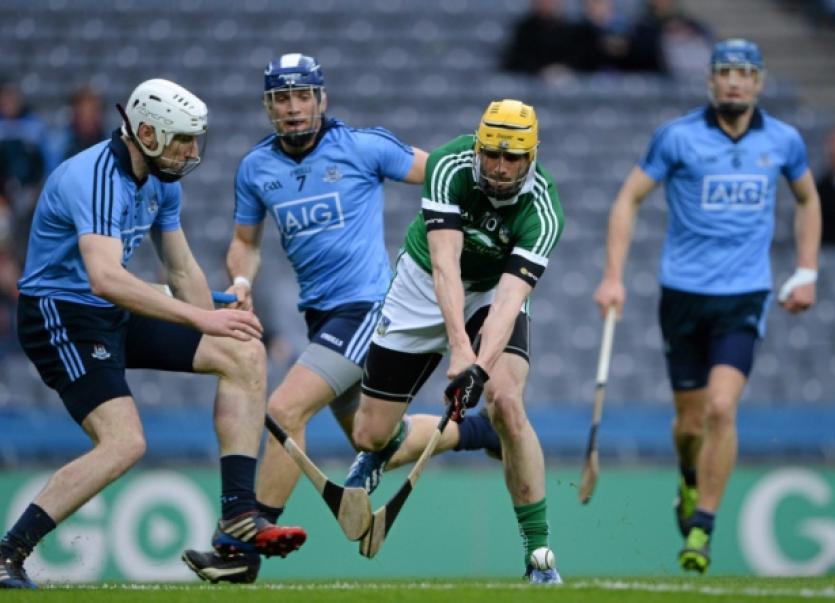 THE Munster SHC countdown is on but Limerick have plenty of work to do ahead of Clare clash on May 24 after another poor league campaign as Jerome O’Connell reports.

THE Munster SHC countdown is on but Limerick have plenty of work to do ahead of Clare clash on May 24 after another poor league campaign as Jerome O’Connell reports.

THERE is no denying that the Limerick hurlers have the ability and experience to be ready for championship hurling in seven weeks time.

When the report card is filled in for 2015 little mention will be made of Saturday March 28.

However, all involved in Limerick hurling are rightly worried after the Allianz Hurling League collapse in Croke Park.

Limerick manager TJ Ryan captured the mood perfectly when admitting that his side were “out thought and out fought” all over the pitch by Dublin.

“Any team can get beaten on any given day but it was the manner which was the disappointing thing - not performing,” sighed TJ Ryan after the 12-point loss in the quarter final.

But cause for concern is not exclusively limited to the display in Croke Park.

Limerick played six league games and failed to sparkle in any.

Judgement was withheld as Limerick were missing players for varying reasons but last Saturday night most were back on board and the problems persisted.

UNFORTUNATELY there has been little evidence of the usual high octane performance, on which this side has built their progress of the last three years.

Against Dublin, Offaly, Waterford and Wexford, Limerick lacked any intensity for long patches.

What was most disappointing in Croke Park is that all had expected a response or redemption for another missed opportunity to end the five-year stay outside of the elite in the league.

Regardless of talent, work rate should be the baseline for any team and it appears absent on the pitch.

With backs against the wall, Limerick found some form in the second half displays against Waterford and Wexford but last Saturday night there were no positives.

LIMERICK played second fiddle in all key games of this league with regard to tactics.

Waterford, Wexford and Dublin all created and exploited space in the Limerick attack.

Against Waterford and Wexford, Limerick adjusted at half time and stemmed the tide but in Croke Park there was no apparent obstacle put in place to halt the Dublin progress. Surely a player should have been retreated to plug the vast space in front of Richie McCarthy and Mark Schutte.

At the opposite side of the field Limerick are also finding the going tough. Limerick scored 7-117 and conceded 7-117 during the league run.

Just four goals were scored from play in the six games and just 0-79 from play, spread across 22 different players.

And, that’s from a division that Limerick were bookies favourites to gain promotion from.

All comes back to a lack of winning primary possession. Never was it so apparent than in Croke Park where Dublin had a monopoly on winning high balls.

CREDIT to TJ Ryan and selectors Paul Beary, Mark Lyons and Davy Clarke they experimented widely during the group stages of the league.

Alas the depth of the panel doesn’t appear to have materialised.

Just 17 of the panel have started in championship hurling in recent seasons and outside of these players, few have given league performances that demand a championship starting role - Cian Lynch aside.

Such is the crazy GAA inter-county schedule that the players now have seven weeks of training to impress for championship inclusion- the same length it took to play the league!

There will also be club championship games for the 30-man panel to rekindle their form.

MORALE may be low among Limerick hurling this week but confidence can be gained from the last three seasons when this panel of players have shown themselves capable of turning league heartbreak into championship form.

Limerick have the most experienced team that will play in the championship this Summer.

Indeed in the panel of 30 players are just two U-21s - Cian Lynch and Tom Morrissey.

Certainly the players have been down this road before and know what is needed for Thurles in late May.

The experience of management has been called into question this week but this is the same backroom team that garnered top displays from this panel in Croke Park and Thurles last Summer.

Undoubtedly lessons must be learned from the league.

In the coming weeks the hurling management will sit down with Limerick GAA’s top brass for their usual end of league debriefing with TJ Ryan already admitting much “soul searching” lies ahead.

THE Limerick panel had their usual end-of-league week off this week before turning their attentions to the championship with a return to training next Monday.

After spending much of the Winter and Spring months on the all-weather surfaces of UL, the bright evenings will see the panel turn to grass surfaces.

It is understood that there are also plans to hold an internal debriefing in an attempt the right the wrongs of the league campaign.

TJ Ryan and the selectors will finalise a of schedule of challenge games in the coming weeks.

They will be worked around the local club championships with two rounds of Premier IHC and one round of SHC before May 24.

All that time will be needed to ensure that all players get back to full fitness and to top form.

THERE is much frustration throughout Limerick this week but ultimately all will be judged on championship.

Limerick GAA chairman Oliver Mann has jumped to the defence of the hurlers.

“We will meet to try and get to the root of what went wrong and why the performance went array on Saturday. I know these players are very diligent. You don’t give the amount of time these lads give just to turn up, put on a jersey and go out and see how it goes,” said Mann.

The chairman hit out at social media abuse of players.

“It is unwarranted - when you are in there and see the commitment these lads give, they are amateurs and do give an incredible amount of time. Not alone are their own lives discommoded, their family lives and the lives of those around them are also discommoded to ensure they can prepare as best they can to represent Limerick.”