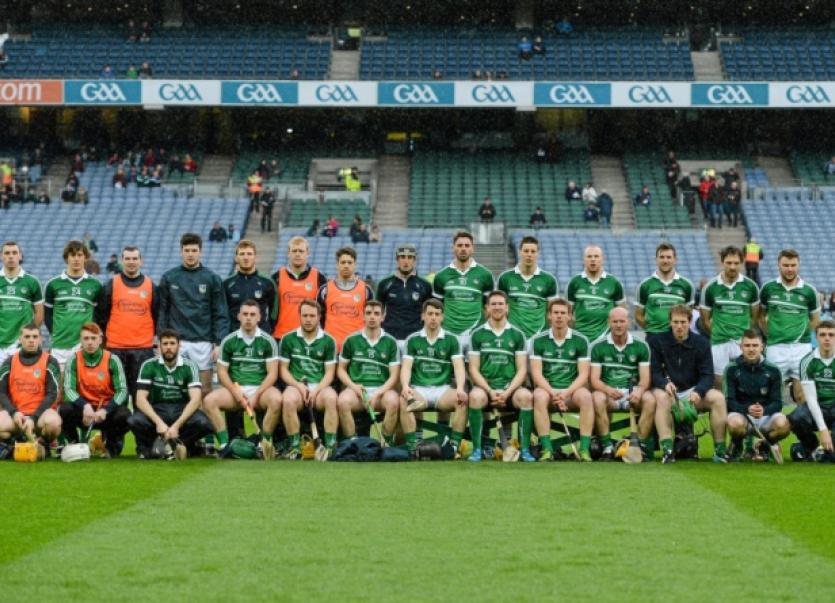 A total of 29 players were given starting berths during Limerick’s six games in the Allianz Hurling League.

A total of 29 players were given starting berths during Limerick’s six games in the Allianz Hurling League.

Just full back line colleagues Richie McCarthy and Stephen Walsh played every minute of the action.

Browne, O’Grady and Ryan are the only three who had also played in all six league games last season, when a total of 26 players were given starting roles.

Dan Morrissey and David Reidy have built on the debuts of last season, while Adrian Breen and Seanie O’Brien returned to the inter-county scene after previous stints involved.

Niall Moran, who started the opening game against Waterford, has since departed the inter-county scene.

Played all 420 minutes of the league at full back.

The 2013 All Star didn’t have his best outing in Croke Park but was the top performer in all previous five group games.

Facing into a fifth successive championship season and hasn’t let Limerick down in the No3 jersey.

Also played every minute of the six league games in the No2 jersey.

Not a regular during the 2014 championship and this Summer’s aspirations appear to rest between himself and Tom Condon for the right corner back role.

Started all league games and hit 0-11 from midfield.

Not at his dynamic best in all games but will relish the hard ground of the Summer to bring his all-action style to the championship.

In his 370 minutes of action he hit 0-3. Was at his bast in the second half of the Waterford and Wexford games and his huge work rate remains essential to championship progress.

Despite calls in some sectors to experiment with him outfield, the goalkeeper started five of the six league games and very much remains first choice.

The 2014 Limerick minor captain made his senior debut this Spring - he started three of the league games but appeared in all six with 321 minutes of action returning 0-7.

Whether he starts or not Lynch will sparkle in this Summer’s championship.

Started four of the six games and was introduced in the other two with 315 minutes of action.

In his second season on the panel, the Ahane man was used as a championship sub last Summer and could be on the bench again rather than a starter.

The captain was one of just four to start all six league games.

He played 303 minutes and scored 0-4. Was used wing back in one game with the rest in the half forward line. Current injury will hinder championship chances.

In his second season on the panel, Reidy started four games and was introduced in the other two.

Scored 0-7 from play over 291 minutes while also hit 2-4 from frees and penalties.

Last year’s championship aspirations were hit by injuries and could be an option off the bench this year.

Started four games - two at centre back and two in the half forward line.

Looks more likey to be a forward some the Summer, when he needs to rekindle the form of last August in Croke Park.

Started five league games but was forced off injured in two.

His league adds up to 288 minutes of action.

The All Star will most certainly fill the No4 jersey again this championship.

Started and finished four games at centre back, albeit spent some time in Croke Park at wing back.

Needs to shake off an injury and would appear a gamble to try anyone else at centre back in championship.

Started four of the league games with a total game time of 266 minutes returning 1-3.

Still the most direct player in the half forward line and needs to be a ball winner come championship.

Started four games and appeared to revel in games against Offaly and Laois when on free-taking duties.

Those games saw the majority of his 0-10 return from play in a total of 264 minutes.

Will see championship action but in a battle to start.

The All Star started four games, albeit was sent off very early in one.

A return to 2014 form is vital to Limerick chances.

Started three league games at wing back with a total of 198 game minutes.

Could fill a variety of roles around middle third but appears down the pecking order unless he returns to 2011 form in the next two months.

One of four players to make their league debuts.

He started two games with a total of 153 minutes of action in which he scored 1-3.

More suited to the middle third than a defined forward role.

Played in all six games with a total of 152 minutes of action but only started one game - Laois.

Made his league and championship debut during previous stint on county panel, when he was considered a midfielder or forward but now utilised as corner back back-up.

Sparkled during the Waterford Crystal Cup but then only started two league games with a total of 137 minutes of game-time and a return of 0-1.

Should relish the hard ground but in competitive battle for a corner forward role.

The teenager made one start but saw a total of 131 minutes of action, scoring 0-2.

An out and out score getter, should be contention for a championship debut this Summer, from the start or the bench.

The utility man started one game wing back and also saw substitute action in midfield.

Used in recent years as back-up come championship time for defence and midfield.

A defender in the 2011 Munster U-21 winning team but used at full forward at present.

Only played the opening league game and did so impressively at centre forward with five points from play.

Big decision ahead to use him in attack or his customary wing back role.

A lack of experienced options in defence could rule out a prolonged experiment in the No11 jersey.

Just like last season the sub-goalkeeper got one outing in the league.

He scored a long range free in that clash with Laois.

Remains the second choice but certainly an able under study.

Somewhat surprisingly O’Brien only played in the Laois game.

He scored 1-2 from play in that outing when he utilised the space when switch to wing forward from corner forward.

He lined out in his wing back role of last season and where he appears certain to see out the Summer.

Has also impressed in midfield for Limerick in championship hurling.

The Kilmallock captain returned to the Limerick scene last Saturday and impressed with a four point haul.

Will carry much of the attacking threat come the Summer months when Limerick need him as close to goal as possible.

The Ahane man started the opening game of the league before deciding to call time on his inter-county career.

Missed the entire league campaign due to injury.

Will be back in contention for the championship and a return to top form would be a massive boost.

His best position in the attack remains up for debate.

The Kilmallock goalkeeper provides back-up to both Quaid and Murphy.

Is yet to get Limerick game time but has shown at club level that he would not be out of his depth on the inter-county scene.