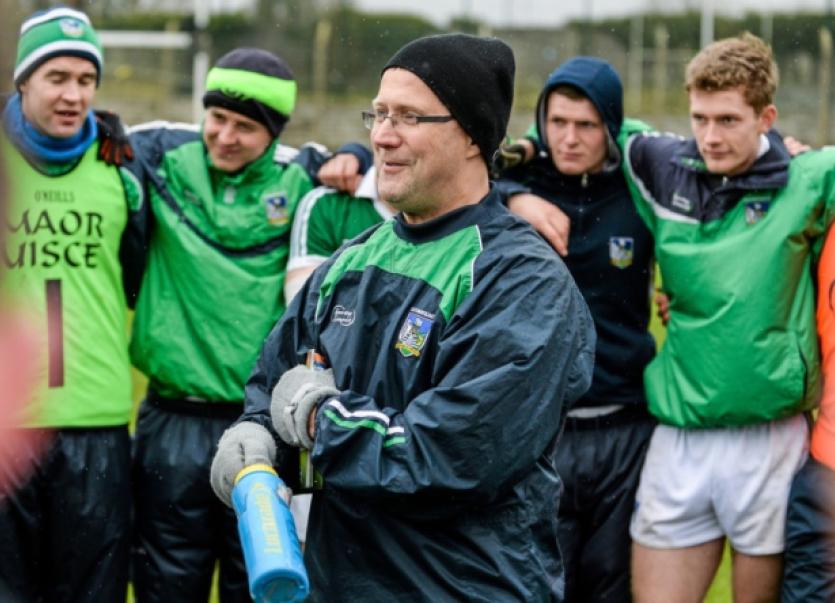 LIMERICK football manager John Brudair was warned his troops that their battle to avoid relegation is only half finished.

LIMERICK football manager John Brudair was warned his troops that their battle to avoid relegation is only half finished.

Not for the first time the fate of the Limerick senior footballers will be decided in the final round of the Allianz League action - they play Louth this Sunday (3.00) in Drogheda.

After an inspired second half display helped Limerick to last Sunday’s win over Clare, John Brudair’s side go to Drogheda with their fate in their own hands.

While many permutations exist, a win will ensure they avoid relegation.

Limerick manager Brudair was warned his troops that their battle to avoid relegation is only half finished.

“We have to go and do something again next week but we have to enjoy these days too,” said Brudair after the 2-10 to 1-5 win over Clare.

“Louth put up a great performance against Armagh - they will be buoyed by the fact that they only lost narrowly to Armagh. Results seemed to have gone as expected with this the real 50-50 game in terms of who would get the upperhand and today will bring us on a good bit,” said the Limerick manager of the tight battle at the base of the division.

Limerick know that victory will secure their status, while such as the permutations that defeat could also see relegation avoided.

While Limerick have lost four of their six outings, the manager insists that morale has never waned.

“Morale hasn’t been an issue at all this year - they have brought into the whole idea of us bringing through a pile of U-21s in one go. We really focused on that U-21 team and six or seven of them have made league debuts and 14 of them are in our training squad at the moment. It would be very easy for the senior lads to say that’s way too many young fellas but they haven’t, they have bought into it. Everybody is understanding why it needs to be done,” explained John Brudair.

Key forward made his first appearance of the year last Sunday when introduced as a sub after it was decided the St Senan’s man wasn’t fit enough to start. However, he will again be involved this Sunday.

“I know he looked rusty but he gave everybody a lift coming on and now we will have him next week is a bigger lift again,” said Brudair.

The return of Ryan and Pa Ranahan adds experience to the new-look Limerick panel.

But Brudair has praised the role played by the fresh faces within his extended panel.

“Ihe inexperienced guys really took the game to them in the second half - there were a couple of instances when Cian Sheehan drove with ball out of defence and supported by Stephen Cahill and Cillian Fahy and the average age would be about 19 1/2 . Its super to see they have the courage to do that,” said the manager.

“You are looking for fellas to step up in crunch times and we saw that many times.”

After the league Limerick will turn their attentions to the Munster SFC in Ennis on Saturday May 23.