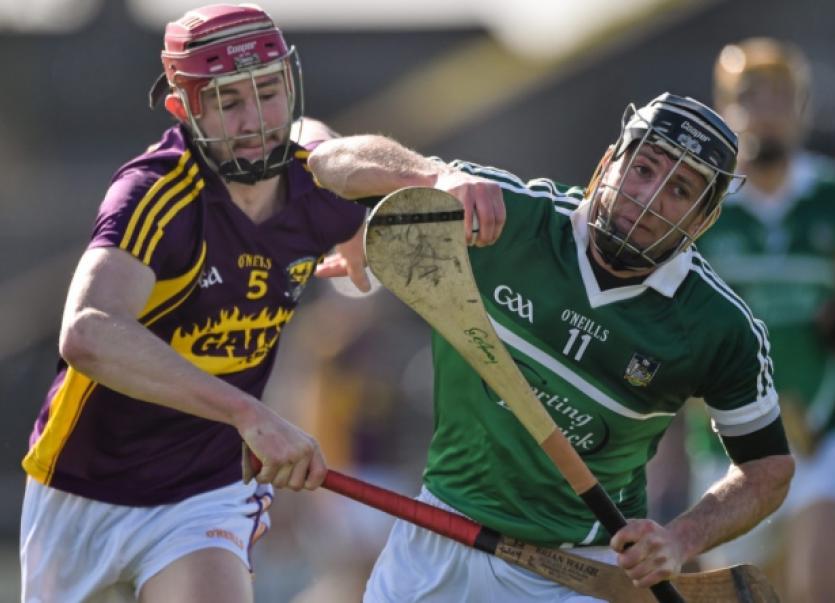 THE Limerick hurlers are facing an anxious wait on a number of key players as they begin the countdown to the May 24 Munster SHC encounter with Clare.

THE Limerick hurlers are facing an anxious wait on a number of key players as they begin the countdown to the May 24 Munster SHC encounter with Clare.

TJ Ryan’s side are bidding to pick up the pieces this week after Saturday’s disappointing defeat to Dublin in the Allianz League quarter final in Croke Park.

Compounding the disappointment of that loss is the growing injury list.

Kevin Downes, Gavin O’Mahony and Tom Condon all missed the 12-point defeat to Dublin with injury.

And, during the Croke Park encounter both captain Donal O’Grady and All Star defender Seamus Hickey were forced off injured.

Centre back Wayne McNamara is also carrying an injury at present which forced him to miss the two previous league games.

“We got to go and check them all out this week,” said Limerick manager TJ Ryan.

He added: “We have eight weeks and it looks like we will need every minute of it”.

O’Grady underwent a scan this Monday and the final results are expected at the end of this week.

He faces a minimum of three weeks on the sidelines, with a six week lay-off also possible.

The news on forward Kevin Downes is encouraging with the Na Piarsaigh man battling his way back after missing the entire season to-date.

“Kevin Downes is back training and running this week,” reported the Limerick manager.

While Limerick suffered Croke Park disappointment on Saturday, 24 hours later Clare were relegated from the top flight of the league after a thrilling one point defeat to Kilkenny. The loss means that Clare will join Limerick in Division 1B next season.

Also in the second tier in 2016 will be Wexford, Offaly, Laois and Antrim, Kerry or Westmeath.

With neither Limerick or Clare setting the world alight in the league the bookies have listed both the Shannonside rivals at 13/2 to win Munster honours - behind both Tipperary and Cork.

However, the odds for ultimate All Ireland success see Clare at 6/1 and Limerick at 7/1 behind Kilkenny, Tipperary and Cork.