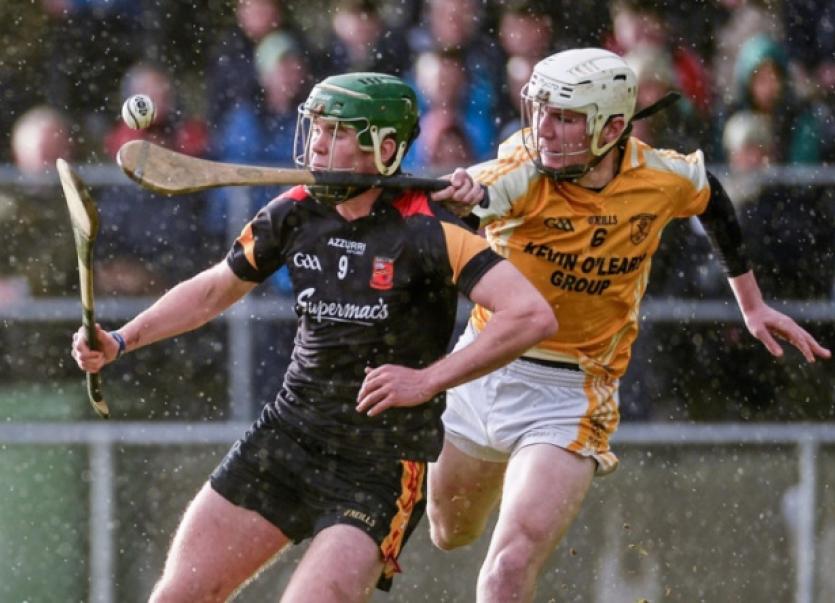 But the Limerick side could be without two key men with Ronan Lynch and Peter Casey suffering with injury.

Ardscoil Ris are attempting to retain the title just like they did in 2011.

Victory this afternoon will book a January 31 semi-final against another Cork side, Rochestown, who were 3-9 to 2-8 winners over Nenagh CBS in their semi-final last Thursday in Charleville.

This season is the Ardscoil Ris’ ninth successive year reaching the knockout stages of the prestigious competition.

Today’s clash of Ardscoil and Bandon, is a repeat of last season’s semi-final, which the Limerick side won, 2-14 to 1-4.

The bookies make Ardscoil Ris the 2/7 favourites to reach another semi-final with their Cork opponents, available at 11/4.

Ardscoil Ris are managed by teachers Niall Moran, Fergal Lyons and Paul Flanagan, while also involved with former pupil Barry Hennessy (Kilmallock). As well as Lynch and Casey, others that a key to the Ardscoil cause are their Na Piarsaigh colleagues Thomas Grimes, Conor Houlihan and Boylan brothers Conor and Jerome. Others to feature prominently are Patrickswell pair Aaron Gillane and John Flynn and Adare’s Mikey Mackey.

While Thurles are the 11/8 favourites to win the Harty Cup, Ardscoil Ris are next in the betting at 15/8.

Rochestown and Bandon are priced shorter than Castletroy College, who are priced at 9/1 for a historic Harty Cup title success.

Castletroy College’s refixture is for next Wednesday January 21 at 1.30 in Cahir against Youghal.

In their fourth season back in the Munster Post Primary Schools senior A hurling championship, are chasing a first semi-final.

Victory on Wednesday would see the city side advance to play Thurles CBS in the last four.

Managed by teachers Peter O’Reilly and Leonard Coughlan, Castletroy are 8/13 favourites, with their Cork opponents available at odds of 11/8.

The men in blue are backboned by hurlers from Monaleen, Ahane, South Liberties and Murroe-Boher.

When Castletroy and Youghal met at U-16 level last season, the Cork side were narrow 2-14 to 2-12 winners.