TJ Ryan content as Limerick open with a win 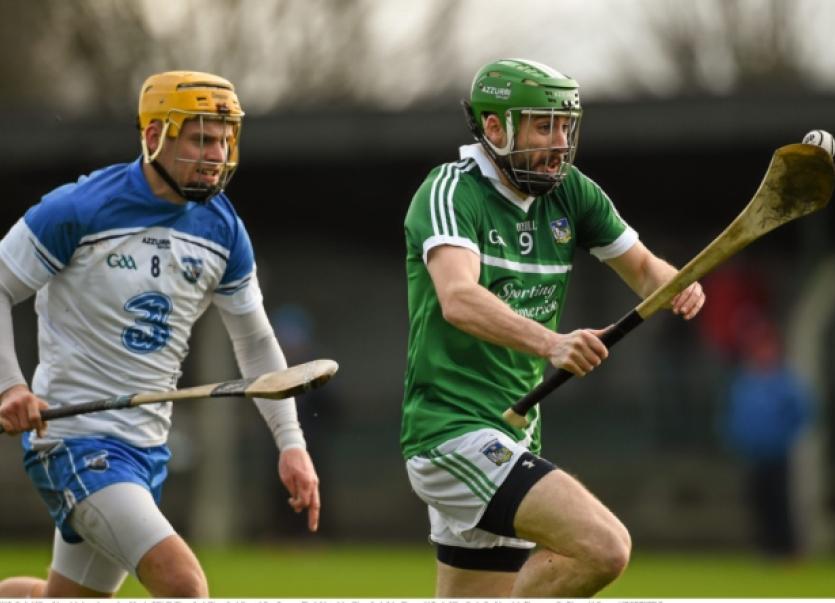 LIMERICK manager TJ Ryan was a content man as his senior hurlers opening their new campaign with a win.

LIMERICK manager TJ Ryan was a content man as his senior hurlers opening their new campaign with a win.

Limerick might have one eye on the National Hurling League but TJ Ryan was more than happy to open the new season with a merited victory.

In just four weeks time Limerick and Waterford will meet in round one of Division 1B of the NHL, but Ryan insists that there was no shadow-boxing.

“That’s going to be a big game on February 14 and its not that far away with today was a stand-alone game - the Waterford Crystal Cup is a different competition and we wanted to win today because we were the home team,” outlined Ryan.

“From a training point of view we are training hard and this is all part of the preparation. For me the most pleasing part today was to get the result - we struggled early on but the five or six minutes before half time was probably what won the game for us.”

Limerick trailed 1-7 to 0-3 before coming alive just before the interval.

“We struggled early on and missed some chances - we had a couple of half chances of goals and eight wides in the first half but at this time of the year those things happen,” recalled Ryan.

“There was a lot of frost on the pitch when we came out and the ball got dug up and there was no bounce on the ball. We would have to say that overall it was a good performance - we battled it out well and were probably deserving winners in the finish.”

“It’s a great tournament for trying out fellas - we had only one of our starting forwards from last year starting so there were five new forwards and its a good opportunity for them. There are a couple of guys out injured - Kevin Downes and Seanie Tobin - so other guys will get an opportunity.”

Next up is the students of UCC.

“We have a home game against UCC next Saturday which is another good game for us - last year we were knocked out by Clare but this year we now have another game and we would have wanted another game anyway. The boys are training hard, as I am sure is every other county but from our point of view we are just happy to get the result and we move on to next Saturday,” said the Limerick manager.

Injuries to Downes and Tobin will see them miss “the early part of the league” but others like Thomas Ryan, John Fitzgibbon and Stephen Walsh could be back in contention next weekend.