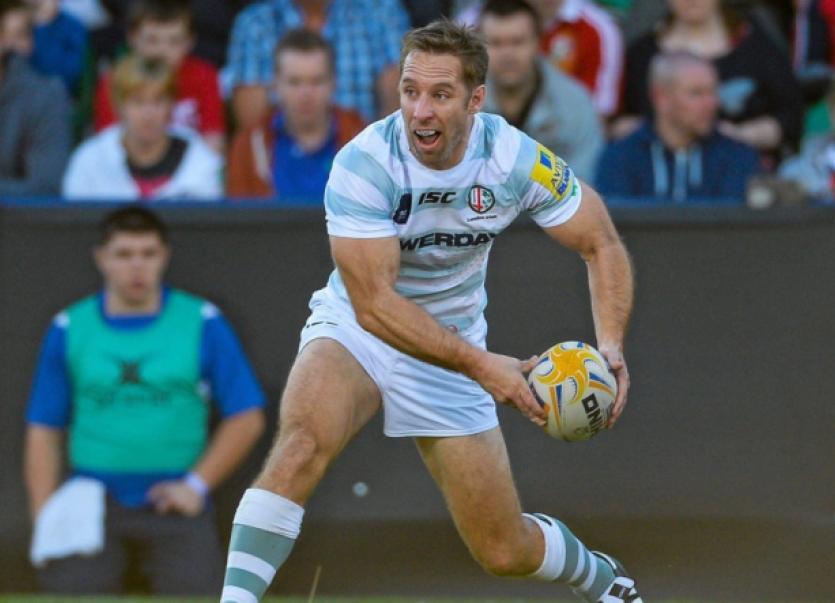 MUNSTER have confirmed that their former scrum-half Tomás O’Leary will return to his native province at the start of next season on a two-year contract.

MUNSTER have confirmed that their former scrum-half Tomás O’Leary will return to his native province at the start of next season on a two-year contract.

O’Leary rejoins Munster from London Irish and he will add to Munster’s options at scrum-half with Conor Murray set to miss the opening months of next season through his expected involvement with Ireland’s World Cup squad.

O’Leary departed from Munster at the end of the 2011/12 season after making 127 appearances, and scoring 57 points since making his debut in September 2005 against Llanelli Scarlets.

Winger Andrew Conway has signed a one-year contract extension that will see him stay with Munster until at least June 2016. Since joining from Leinster at the start of the 2013/14 season, the 23-year-old has made 25 appearances, for the province scoring 6 tries.

Youghal-man Dave O’Callaghan has also signed a one-year contract that will see him remain with the province until at least June 2016. As a final year academy player he made his league debut against Ospreys in October 2011 in Thomond Park.

The former Ireland U-20 player has made 35 Munster appearances, and scored his first try on St Stephen’s Day against Leinster in Thomond Park.

Development player Johnny Holland has signed a two-year contract, advancing from development to full contract status for the second year. The 23-year-old out-half is currently rehabbing a long-term hamstring injury sustained in November.

Munster also announced that hooker/prop Eusebio Guinazu has signed a contract extension that will see him remain with the province until the end of this season. Thirty three-year-old Argentinian Guinazu was initially a short-term signing from the end of September.