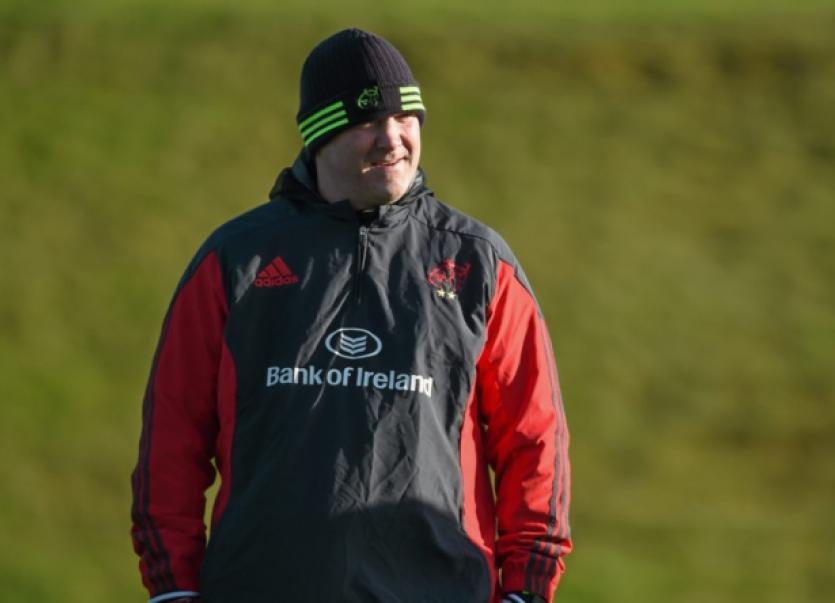 HEAD coach Anthony Foley has insisted that money is not an issue for Munster when it comes to trying to attract big name international stars to the province.

HEAD coach Anthony Foley has insisted that money is not an issue for Munster when it comes to trying to attract big name international stars to the province.

As the fall-out continues from Munster’s failure to make the quarter-finals of the European Cup for only the second time in 17 years, much of the focus in the media and among fans has been on the province’s inability in more recent seasons to attract established international stars of the calibre of Christian Cullen, Doug Howlett, Jean de Villiers, Jim Williams and John Langford who had previously played with the side.

Anthony Foley said: “I deal with Garrett Fitzgerald (Munster Rugby CEO) enough. He is great at what he does. He has gone after players and I swear to you money isn’t an issue. It is getting the player over here. A lot of the players we have approached won’t leave their country. That is nothing to do with money.

Munster will be without their injured back-row forward CJ Stander for four to six weeks. Stander will not need surgery for the ankle injury, however.

Conor Murray, neck injury, and Simon Zebo, ankle injury, are continually being assessed this week. If the pair can train on Friday they will be back in the mix for selection for Sunday’s European Champions Cup tie with Sale Sharks at Thomond Park, 3.15pm.

Foley said: “We will see where it goes with the two players. Going into the 6 Nations it is a big period of time for them to be showing their fitness.”

Robin Copeland trained with the squad at UL on Wednesday and he could be in the mix for selection if he trains on Friday.

Foley said: “We are all disappointed after the weekend, all gutted, all shattered, whatever word you want to use. It has been a long few days, a very dark few days. We need to deal with that ourselves. We will grow.

“The one thing about this group is that there are a lot of young players in the group and they will get a lot stronger from it because they are seeing a lot of real life stuff now of what people really think of them.

“You see a lot of character come out, both outside the group, but within the group as well. You see where people really are. We know ourselves we let ourselves down. We don’t need anyone else telling us that.

Head coach Foley is hoping Tyler Bleyandaal may yet feature for the side this season as he arrives at the province from Canterbury this weekend. Kiwi Bleyendaal has been sidelined with a neck injury.