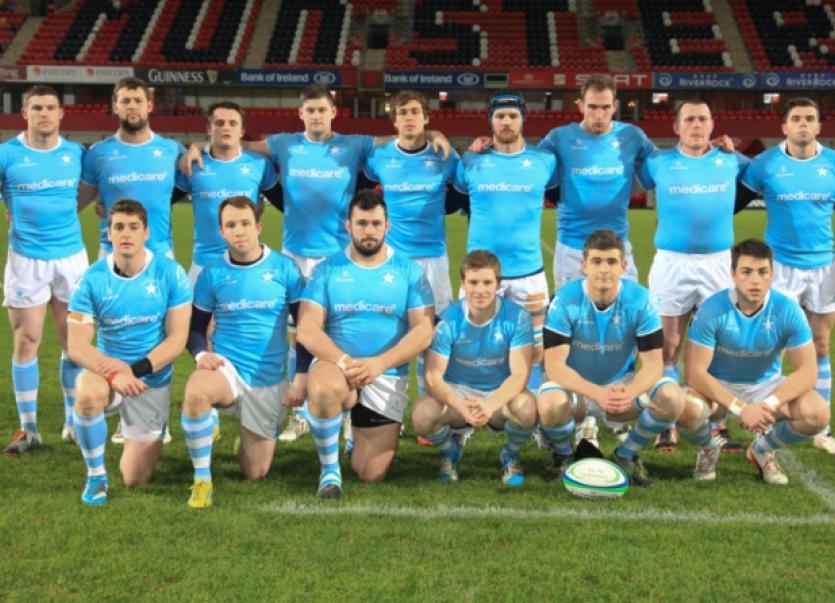 GARRYOWEN will look to avenge their heart-breaking Munster Senior Cup final defeat of 12 months ago when the ‘light blues’ face holders Cork Con at Musgrave Park this Saturday in a repeat of last season’s decider.

GARRYOWEN will look to avenge their heart-breaking Munster Senior Cup final defeat of 12 months ago when the ‘light blues’ face holders Cork Con at Musgrave Park this Saturday in a repeat of last season’s decider.

Cork Con secured a dramatic extra-time win over the ‘light blues’ who were then coached by Tom Tierney, now the Cork Con coach, at Thomond Park last season, after being awarded a controversial late penalty.

The game had originally been scheduled to take place on December 27 but was postponed following a bereavement in the Garryowen club.

Saturday’s opponents Cork Con are hoping to complete a three-in-a-row of Cup successes for the second time in their history.

The Munster Senior Cup finalists are separated by eight League places in the AIL, with Cork Con currently lying in fourth place in Division 1A and Garryowen now second in Division 1B.

Garryowen have made a very good start to the 2015 in the Ulster Bank League, closing the gap on leaders Galwegians to just one point following two excellent wins.

Garryowen moved to within a point of ‘Wegians, by maintaining their promotion push with an impressive 39-10 bonus point win away to Corinthians last time out.

Neither side will be at full strength for this weekend’s final as both clubs will have players involved in Munster A’s British and Irish Cup quarter-final clash away to Doncaster on the same day.

Garryowen progressed to the final by beating Nenagh Ormond and Cashel before their convincing semi-final win over UL Bohemian.

Three Garryowen squad members Neil Cronin, Eddie Rossiter and Peter O’Shea have been included in the 32-strong Ireland Club International squad which takes on their Scottish and French counterparts in international fixtures next month.

The winners of the Munster Senior Cup will go forward to represent Munster in the Bateman All-Ireland Cup semi-finals next month.