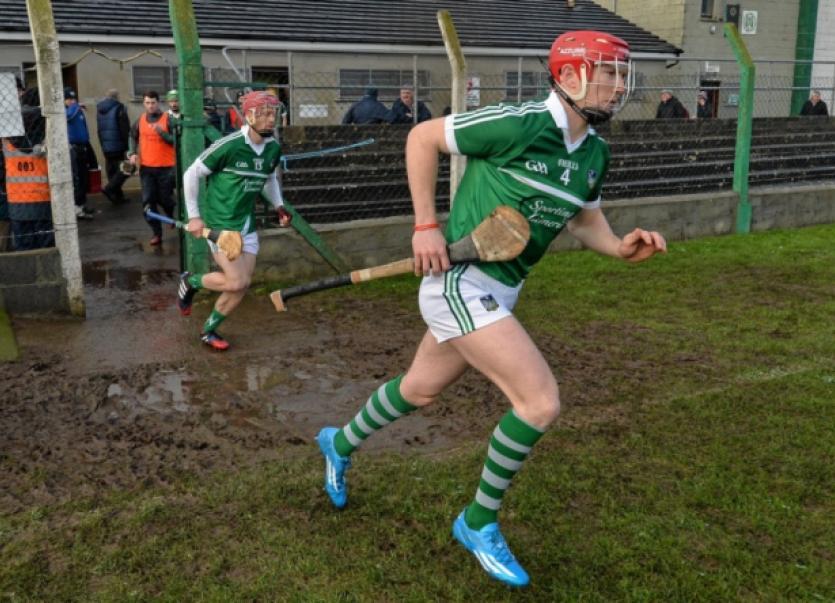 LIMERICK booked a place in the Waterford Crystal Cup final with this 0-22 to 1-17 win over UCC in Kilmallock.

LIMERICK booked a place in the Waterford Crystal Cup final with this 0-22 to 1-17 win over UCC in Kilmallock.

TJ Ryan’s side will play Cork in the final of early season provincial competition next weekend. A Saturday evening clash under the flights of Mallow appears the most likely fixture.

In this two point win over Ger Cunningham’s Cork students Limerick found the late scores to advance after the sides had been level on 11 occasions over the 70-minutes.

Limerick made two changes from the quarter-final win over Waterford with Donal O’Grady now at centre back, indirectly replacing the injured David Breen and Stephen Walsh at corner back in place of Tom Condon.

UCC were almost at full strength ahead of the start of their Fitzgibbon Cup campaign on Thursday and they led 0-5 to 0-4 at the end of the opening quarter.

It was a frantic opening with the sides sharing six points in the first three minutes with Adrian Breen on the mark for Limerick against his former college.

Limerick were first in front in the 15th minute after a fine Niall Moran point.

That put Limerick in the driving seat for the remainder of the half.

Conor Allis, and Cian Lynch added points from play as UCC went 19-minutes without a score.

Rob O’Shea, Conor Lehane and Daniel Roche all had quick points for UCC on the change of ends to level once more.

But Limerick responded each time to a flurry of UCC scores with their own run of scores.

Lehane dominated the next few minutes to help the Leesiders into a 0-15 to 0-14 lead with 16-minutes gone in the second half.

Again Limerick fought back with subs Tom Morrissey, Shane Dowling and Paul Browne all on the mark.

Then DJ Foran goaled for UCC in the 65th minute.

Just as they had done throughout the game Limerick replied impressively with Dowling (free), James Ryan, Patrick Begley and Breen notching late points to seal the win on a day when Limerick hit 16 wides, compared to just 10 for UCC.