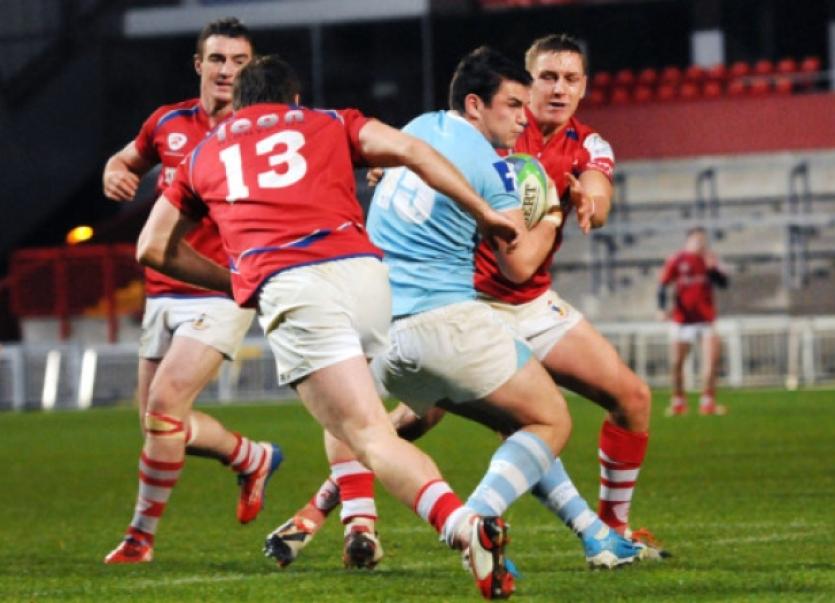 IT was another hectic weekend of Ulster Bank All-Ireland League action for the eight senior clubs in Limerick, while Newcastle West continue to enjoy a terrific season at junior level.

IT was another hectic weekend of Ulster Bank All-Ireland League action for the eight senior clubs in Limerick, while Newcastle West continue to enjoy a terrific season at junior level.

And then there was the none-too-small matter of Ireland’s stunning victory over the Springboks at the Aviva Stadium on Saturday evening.

Young Munster are in a rich vein of form right now, a run of three successive wins taking the Clifford Park side to third place in the Ulster Bank League Division 1A table.

Munsters’ bagged an impressive 29-20 bonus point win over Ballynahinch at Greenfields on Saturday. John Staunton’s side will hope to make it four wins on the bounce against struggling St Mary’s College at Templeville Road this weekend. A win there would provide a huge boost for Munsters’ ambitions of securing a play off place at the end of the regular season.

Garryowen edged out UL-Bohemian in Division 1B in a competitive derby match at Thomond Park on Friday night. It was an important win for the ‘light blues’ who remain in third place in the table. UL-Bohs, who have lost their last four games in the AIL, must regroup for another derby clash, this time against Shannon, at Thomond Park this Friday night, 7.30pm. Shannon, beaten by Dublin University on Saturday, are propping up the 1B table, but a win against the Annacotty side would leave a very different look to the table.

Elsewhere, Thomond suffered a frustrating defeat to Seapoint on Saturday in 2A, while Bruff secured the bragging rights in their fine win over Richmond in 2B in another Friday night game.

And Old Crescent produced their best display of the season in the same division to secure a precious home win over Tullamore.

3. Floodlit games the way to go

The weekend once again highlighted how attractive Friday night games are for supporters - not to mention players. There was a fine attendance at Thomond Park for the meeting of UL-Bohs and Garryowen in 1B, despite the poor weather conditions.

Certainly the turnout of supporters was greater than if the game was played on Saturday afternoon. And an AIL fixture on a Saturday afternoon faces additional competition this time of the year with a host of attractive autumn internationals being televised live.

Ireland produced a terrific performance to down the Springboks at a delirious Aviva Stadium on Saturday evening. The intensity and ferocity of the Irish performance was highly impressive. The Paul O’Connell-led side bossed the collision and breakdown areas. The focus now switches to Sunday’s clash with Georgia at Lansdowne Road. A number of Munster players are in the running to start the game, including prop Dave Kilcoyne, second-row Dave Foley and back-row Tommy O’Donnell.

Newcastle West RFC continue to blaze a trail at the top of Division 1 of the Munster Junior League following their 11-3 home win over another Limerick side, St Mary’s. Sean Herlihy put the home side ahead with a penalty after fifteen minutes, but Sean Lyons had the sides level 3-3 at half time. John Sheehan restored Newcastle West’s lead with a try mid way through the second half and a second Herlihy penalty nine minutes from time denied Mary’s a losing bonus point. Clonmel did close the gap to a point on the leaders with their 29-8 away win over Galbally.

However, these are exciting times for Newcastle West who also have an All-Ireland Junior Cup quarter-final against Dundalk to look forward to later this month.